Steady as she goes at Safe 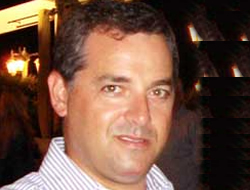 Safe Bulkers? third quarter profits have come in largely unchanged from a year ago at around $22m, the company said.
Polys HjioannouBut earnings per share were down 20% on a year ago to 33 US cents reflecting the near 21% increase in the number of shares outstanding.

Revenues were up 10% year-on-year to $40.8m, but costs also rose resulting in a near 7% decline in operating profits.

Consequently, daily vessel operating expenses increased by 4% to $4,294 for the third quarter of 2010, compared to the $4,130 for the year ago period.

Safe Bulkers attributed the increase in revenues and operating costs to an increase in operating days reflecting the slightly larger fleet.

As of 1 November Safe Bulkers charter coverage has reached 85% for the remainder of this year and 68% for 2011.

?As we head towards the year end our attention is focused on increasing our charter coverage for future periods,? said president Loukas Barmparis.

Safe Bulker"s fleet at the end of the quarter stood at 15 bulkers with an average age of just under four years.

It also has seven bulker newbuildings on order with deliveries scheduled at various times through 2013.

The seven newbuildings consist of three post-panamax, two kamsarmaxes, one panamax and a single capesize.

This news is a total 5010 time has been read