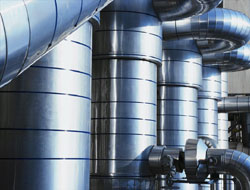 China will purchase steels for state reserve, signalling market confidence starts to recover or reserve plan is going under way.

China's steel market has run stably for straight three weeks despite cooling down of market hearsay that China will purchase steels for state reserve, signalling market confidence starts to recover or reserve plan is going under way. Insiders revealed that the steel reserve plan has been submitted to state departments for approval, which was also confirmed by an official with China Iron and Steel Association (CISA). The official with CISA was confident about reserve scale, saying that only above million ton storage could stimulate the market. Some experts estimated China would invest 10-15 billion yuan to purchase 3-5 million tons of steels in a bid to lift market confidence.
Analysts held that China was most likely to eye on plank stuff for reserve as its production capacity was released too quickly, and the price dived too much.
The time for steels reserve is not fixed.

The stabilized price of raw materials plays an important role to boost steel market, which will also be supported by reduction of steels plants' stockpile.
Some analysts noted that small and mid sized steel plants began to resume production recently, which would increase market supply.

As steel market becomes more sensitive to good news, the launch of state purchase can buoy up market, and curb steel plants' panic sell off to cut down losses.

This news is a total 599 time has been read