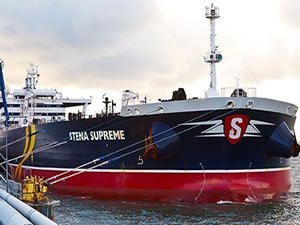 The Swedish tanker giant is working with the Oil and Gas Climate Initiative (OGCI), a voluntary energy major group, on a feasibility study to evaluate the technical and economic challenges involved when capturing carbon dioxide onboard ships while at sea

The project is in part an extension to OGCI member Aramco’s work that successfully demonstrated carbon capture onboard heavy-duty trucks, but also aims to provide necessary research on a solution that might help shipping reach its target to cut emissions by 50% relative to 2008 levels by 2050. Erik Hånell, president and CEO of Stena Bulk, commented:

“It’s increasingly evident that we need to evaluate as many potential solutions as possible that might help decarbonise the industry.

Carbon capture might be such a solution with the potential to play a key role in this transition, and this feasibility study presents a unique opportunity for us to work with some of our key customers to understand and assess the technical and economic challenges involved in making carbon capture work onboard vessels.”

Other onboard carbon capture projects are underway around the world. Splash reported in August Japanese shipping major Kawasaki Kisen Kaisha’s (K Line) plans to trial the world’s first marine-specific carbon capture equipment onboard one of its ships.

K Line will deploy a small-scale demonstration plant for CO2 capture onboard a vessel and conduct research and development on compact facility design, in collaboration with project partners Mitsubishi Shipbuilding and Nippon Kaiji Kyokai (ClassNK).

Meanwhile, the former head of DNV GL is leading a new maritime carbon capture and storage initiative. Henrik Madsen, who was CEO at the class society from 2006 to 2015, is the chairman of the decarbonICE project, developed by Denmark-based Maritime Development Center and a host of top shipping names.

Nippon Yusen Kaisha (NYK), Sovcomflot, Knutsen and Ardmore, shipbuilder DSME and the mining company Vale have teamed up to develop this onboard carbon capture and storage solution which catches emissions and via a cryogenic process turns them into dry ice.