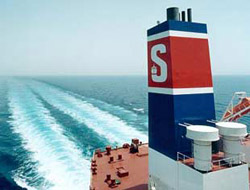 The three vessels, the Stena Conqueror, the Stena Conquest and the Stena Italica, which Stena has controlled via long-term charters ever since they were built, will continue to be operated from Stena Bulk's office in Houston.

They will transport clean petroleum products for, among others, US oil companies including Chevron. The three MR vessels are modern, well-designed product tankers of 47,000 dwt built at the classic shipyard Uljanik in Croatian Pula in 2003-2004. They are earmarked for traffic in the US and the Caribbean.

The class of ships goes under the name Stena S-47 and is characterised by a very shallow draft and a highly flexible cargo system. ''The acquisition of the three Gestioni tankers is a strategic one intended to secure our business position in the US and, at the same time, to ensure that they are not sold to a third party'', says Ulf G. Ryder, President & CEO of Stena Bulk.

The Stena Conqueror, the Stena Conquest and the Stena Italica, together with a further four identical vessels, form a group - the so - called ''Seven Sisters'', which Stena has controlled ever since they were built.

''In order to be able to retain our market shares, our contract portfolio in certain geographical core areas must contain a specific number of vessels. At the same time, this is a prerequisite for us to be able to deliver a high level of service in our long-term customer relationships. With this acquisition we have now expanded our core fleet for several years ahead'', says Kim Ullman, Executive Vice President & COO of Stena Bulk.

This news is a total 1150 time has been read