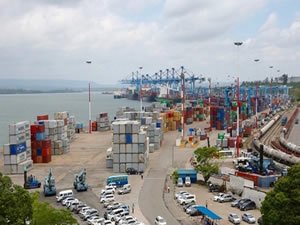 For close to 16 months, 11 seafarers have been stuck at Mombasa Port, depending on the kindness of well-wishers for survival after their employer abandoned them.

MV Jinan - abandoned since October of 2019 - was en route from Russia when it made a stop at Mombasa Port. At the time of its abandonment, it had 18 crew members - all men and of Syrian nationality - but seven were lucky to leave before Covid-19 struck in March of last year.

A recent port state control inspection on the ship by officials from Kenya Maritime Authority revealed deteriorating living conditions on board, and the crew do not have sufficient access to clean water and food.

They are dependent on donations by Mission to Seafarers, ITF and the Apostleship of the Sea.

In September of 2020, an admiralty court in Mombasa gave the crew orders to sell the ship to recover their wages, which had accumulated to over $300,000.

Thus, the crew repatriation depends on how soon they secure a deal to sell MV Jinan. The ship is a 1984-built general cargo vessel owned by a Lebanese company.

It was flagged in Tanzania until last year, when Kenya Maritime Authority successfully lobbied for its de-flagging.

This adds yet another statistic to the countless diligent and hardworking seafarers abandoned at sea when shipowners walk away from their vessels.