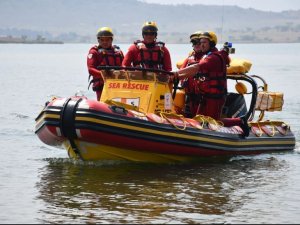 The stricken Chinese-flagged crude oil tanker Yua Hua Hu has arrived in the Port of Durban, where it is moored, based on the latest information from the Marine Traffic.

The ship was towed a week after experiencing problems while sailing through South Africa’s Wild Coast on the Indian Ocean, reportedly on its way from Singapore to Libya on the west coast of Africa.

According to the South African Maritime Safety Authority (SAMSA), the ship experienced ‘unidentified problems’ and requested assistance before anchoring off Dome Bluff on the outskirts of Port St Johns.

The tanker’s 27-strong crew was reported to be safe and no injuries have been reported.

The tanker was not carrying any cargo when it began experiencing problems.

The ship was held in position by a standby tug until the arrival of the emergency towing tug Pacific Dolphin.

SAMSA said in an updated report, the vessel had left Port St Johns coastline at about lunchtime on Saturday, under tow by the tug Pacific Dolphin, to the port of Durban, which was reached on Tuesday, June 2.

This news is a total 500 time has been read
Tags: SAMSA