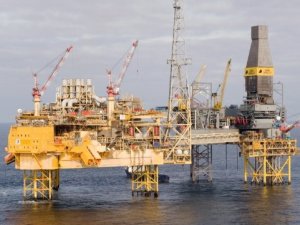 British union Unite may be on a collision course with oil major Total after its membership voted to move ahead with a strike action at three offshore platforms.

The dispute centers on the company’s review of workers' wages and its plans to increase their offshore working time. Total is in the process of integrating the assets of Maersk Oil, and it is moving some rigs from a two-week-on / three-week-off rotation to three-on/three-off. If strike action goes ahead, Unite believes that the three platforms affected (Alwyn, Dunbar and Elgin) will be forced to halt production.

“The overwhelming vote in favour of strike action demonstrates our members’ anger at Total’s proposals," said Unite regional officer Wullie Wallace. “Total’s plans to force workers to spend even longer offshore would drive a coach and horses through workers’ work/life balance and would result in them spending even less time with family, friends and loved ones."

Unite said that members voted overwhelmingly in favor of strike action, and fully 100 percent voted in favor of industrial action short of a strike. The union says that it is consulting with members about what form an action might take, with the decision taking effect in July.

Wallace noted that there is still time for negotiations before an action takes place. "Unite’s door remains open if Total is prepared to make a renewed offer and return to the negotiating table," he said.

Total and Unite are also facing off at a gas plant in Shetland, where 97 percent of workers recently voted in favor of industrial action. The proposed action is motivated by workers' opposition to Total's longer shift rotation, which Unite describes as a hazard to wellbeing and safety. Industry association Oil & Gas UK says that the shift rotation and the living conditions aboard North Sea rigs are compliant with all regulations.

This news is a total 632 time has been read
Tags: Strike Could Shut In Total's UK Offshore Platforms