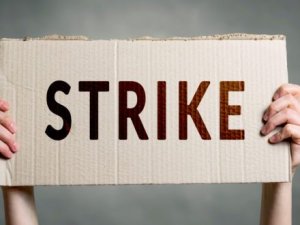 Hapag-Lloyd published new announcement about the strike condition in France. The German shipping company reports that the situation at French ports has not improved

According to Hapag-Lloyd’s announcement, the work stoppages at French ports will be as follows:

This news is a total 786 time has been read
Tags: HAPAG LLOYD , PORT OF FOS SUR MER , PORT OF LE HAVRE , STRIKES