Structure of the privatization transaction of Sovcomflot is ready 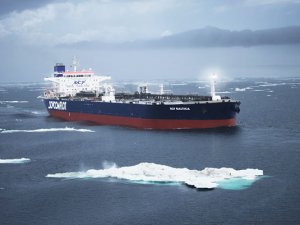 The structure of the privatization of Sovcomflot has been prepared, released the head of the Ministry of Economic Development Maxim Oreshkin.

Now Sovcomflot is 100% state-owned and in terms of privatization for 2017-2019. The possibility of reducing the state’s share in the company to 25% plus one share is fixed. At the first stage, it is planned to sell a stake of 25% minus one share, for last official estimate of 24 billion rubles. It is this figure that is now included in the budget of the Russian Federation for 2017, as the forecasted amount of proceeds from the privatization of Sovcomflot. The officials have repeatedly called it obsolete, but the new official estimate has not yet been called.

“Today, the structure of the transaction on the primary placement of Sovcomflot shares on the Moscow Stock Exchange is ready. We work actively in this direction together with management. The new here is that the transaction is structured in such a way that not only raise funds to the budget, but also give impetus to the development of the company and related industries”, said ther head of the Ministry of Economic Development, Maxim Oreshkin.

First Deputy Prime Minister Igor Shuvalov previously instructed the Federal Property Management Agency to work out by mid-May the final algorithm of the transaction for Sovcomflot. In March, Maxim Oreshkin already said that 75% of the privatization value will be allocated to the state budget, while 25% will remain at Sovcomflot. Such a scheme, he said, will help to replenish the budget and reduce the company’s debt burden.

However, the Ministry of Finance does not support the direction of part of the funds from the privatization of Sovcomflot to the company itself. According to the ministry, all means from the sale of the package must go to the budget. He is already short of funds due to the fact that the state-owned stake in VTB this year will not be sold.

“We believe that the money should go to the budget”, said the Deputy Finance Minister Alexei Moiseyev in beginning of April, noting that the Finance Ministry is ready to discuss the direction of the funds from privatization to the company if the Federal Property Management Agency proposes how to replace the funds received by the budget.

The investment consultant for the privatization of Sovcomflot is VTB Capital, while Sberbank CIB will assist him in the deal. The placement of the company’s package will take place at the Moscow Stock Exchange.

Sovcomflot is the largest Russian shipping group specializing in the transportation of oil, oil products and liquefied gas. It is one of the world’s largest tanker fleet operators.

This news is a total 502 time has been read
Tags: Structure of the privatization transaction of Sovcomflot is ready