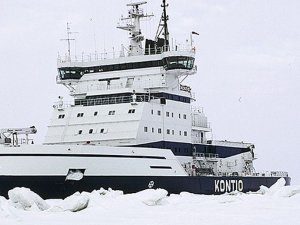 Prime Minister Alexander Stubb says that the strike by icebreaker crews planned for Thursday would be detrimental to Finland’s economy. Stubb implored the concerned parties to come to terms over the labour dispute.

”The situation is dire,” he said. “The work agreement issue hinges on industrial relations and government cannot intervene in the dispute.”

The committee was appraised of the negotiations over icebreaker crews’ working conditions and their potential consequences. The strike proposed by the workers would cripple Finnish exporting and sea travel on Thursday. The extent of the effects on international cargo transportation is still unclear.

”The government is still imploring the concerned parties to find a middle ground. In this unstable economy, Finland cannot afford internal disputes such as this,” Stubb said.

The country’s icebreaking company Arctia Shipping has negotiated with the Finnish Seafarers’ Union and the Finnish Engineers’ Association for months. The ship’s masters, first officers and first mates who belong to the association are not going on strike.

The dispute surrounds the applicability of the collective agreement in shipping which affects about 200 employees. Workers’ unions are calling for a uniform agreement in the field of icebreaking, while employers say that universality would damage competition.

This news is a total 1243 time has been read
Tags: icebreaker, Alexander Stubb, Finland's government