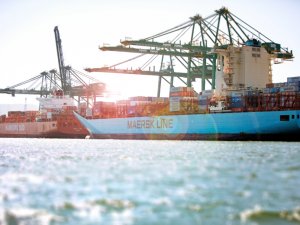 Urgent action is needed to target emissions from the existing ships in order to deliver on what is dictated by the global Paris Agreement, according to a University of Manchester study published today in the new journal BMC Energy.

Urgent action is needed to target emissions from the existing ships in order to deliver on what is dictated by the global Paris Agreement, according to a University of Manchester study published today in the new journal BMC Energy.

The sector also has to up its game if it is to deliver on the IMO 2050 targets of an at least 50% reduction in greenhouse gas emissions by 2050 and at least 40 per cent reduction of the average carbon intensity, or CO2 per tonne-mile, by 2030 versus 2008 levels.

The study urges for greater attention to be put on retrofitting existing ships with green solutions instead of relying on the net-zero ships of the future, especially having in mind the life-span of ships.

The average age of a ship scrapped in 2018 was 28 years, Clarksons’ World Shipyard Monitor, and as such many ships trading today are likely to be sailing the seas in 2030 as well, making it much harder to achieve reduction targets than other modes of transport with a more rapid turn-over of assets.

Without action, existing ships are expected to emit well over 100% of a Paris-compatible carbon budget, the study said.

There is also the potential for committed emissions from existing ships to swallow a high percentage of any carbon budget ascribed to the shipping sector.

This study analysed new CO2, ship age and scrappage datasets covering the 11,000 ships included in the European Union’s new emissions monitoring scheme (EU MRV), to deliver original insights on the speed at which new and existing shipping infrastructure must be decarbonised.

The research highlights the multiple ways that ships can cut their committed emissions, such as travelling at slower speeds, fitting new renewable technologies such as Flettner rotors, connecting to grid electricity while in port, and retrofitting other energy-saving measures.

“Unlike in aviation, there are many different ways to decarbonise the shipping sector, but there must be much greater attention paid to retrofitting the existing fleet, before it’s too late to deliver on the net-zero target,” Climate Change Lecturer at The University of Manchester, Dr John Broderick said.

Analysis of emissions data by ship type can aid policymakers by enabling a focus on areas with greatest potential.

Container ships have the highest baseline committed emissions, at 29% of the total. The EU MRV data show that even though new container ships are among the most energy efficient vessels (in gCO2/t nm), the fact that they are so large, so new and so long-lived means they have a disproportionately large impact on total committed emissions. Paradoxically perhaps, this suggests a mitigation policy focus on the ships that are already some of the most efficient.

Some types of ships are very long-lived, notably cruise, passenger and ro pax vessels. Slow steaming may be harder in these cases, which means that retrofit and operational efficiency measures are likely to bring the largest gains.

For ships and ship types with shorter remaining life, the successful uptake of emissions reduction measures requires action from policy-makers, such as regulating on speed, retro-fitting to improve efficiency or market-based mechanisms that impact on fuel price. Hence, it would be crucial for policymakers to incentivise initiatives like early scrappage in order to avoid inefficient ships being sold to other geographical areas and making sure they are removed from the market.

No time to waste

Scientists say time is of the essence; if implemented quickly and at scale, the shipping sector could still fairly contribute to the Paris climate agreement goals, but if not, other sectors will need to cut their emissions deeper and faster to compensate.

The study shows that if mitigation measures are applied comprehensively through strong and rapid policy implementation in the 2020s, and if zero-carbon ships are deployed rapidly from 2030, it is still possible for the ships in the EU MRV system to stay within 1.5 °C carbon budgets.

Delays to appropriately stringent policy implementation would mean additional measures, such as premature scrappage or curbing the growth in shipping tonne-km, become necessary to meet the Paris climate goals.

The Paris Agreement sets out a global framework to avoid dangerous climate change by limiting global warming to well below 2°C and pursuing efforts to limit it to 1.5°C.  It was signed by 195 nations in December 2015, who have pledged to try and keep the global warming going over 2 degrees celsius above pre-industrial levels.

This news is a total 1312 time has been read
Tags: decarbonization