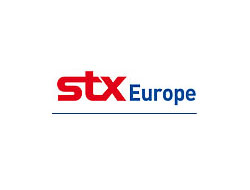 Wadan Yards was created in mid-2008 when STX Europe, then known as Aker Yards, grouped its two German and single Ukrainian yard into a new entity and sold 70% of the ownership to a Russian investment firm for $458m.

STX Europe has now sold its remaining 30% to Mandataria Finance for an undisclosed sum, and no longer holds a stake in Wadan Yards.

The Korean company said the transaction is expected to result in a minor net gain versus book value and will be booked in STX Europe"s third quarter accounts.

STX Europe has also entered into an agreement with FLC West to settle certain outstanding issues under the agreements concerning the initial 70% sale to the Russian Investor.

Wadan has struggled financially since its formation. It secured a ?60m ($83.7m) bridging loan from the local German state of Mecklenburg-Vorpommern for the two German yards. Although the loan was Initially for only three months, parts of the loan have now been extended until October next year.

Wadan also secured loans for ?180m from German banks in February this year.

However last month Wadan announced it had filed for bankruptcy caused by ?unsettled questions at the shareholder level?, which led to the yards not being able to access downpayments of clients.

This angered the state prime minister of Mecklenburg-Vorpommern, who accused the FLC West and STX Europe of abandoning the yards by not being willing to meet the obligations for all the loan payments and guarantees the state and federal governments had given to the yards.

However, the two yards did succeed in securing a further loan last week.

A bank consortium has agreed to give a ?190m bankruptcy assets loan to the shipyards with the German government assuming 90% of the credit risks, while the bank consortium will take over the rest.

This news is a total 2986 time has been read