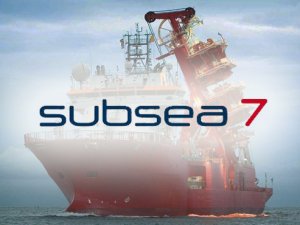 Jean Cahuzac, Chief Executive Officer, said: "Subsea 7 has started the year well compared with the prior year quarter, with an increase in Adjusted EBITDA in the first quarter of 2015 despite the difficult market environment and decline in revenue. Operational performance has remained strong with good execution and cost control discipline. Vessel utilisation in the period was 68%, in line with the fourth quarter 2014. Adjusted EBITDA margin of 24% reflected increased contribution from projects nearing completion, including the Guará-Lula NE project in Brazil where there was a further $29 million reduction in the full-life project loss."

The continuation of challenging market conditions resulted in subdued order intake and order backlog declined to $7.6 billion by the period end which included an adverse foreign exchange impact of $0.4 billion. New orders and escalations totalled $1.0 billion and included the Persephone project for Woodside, offshore Australia, and the extension of two Life of Field contracts for Shell, offshore UK, both announced in the quarter. Unannounced order intake included fabrication work for Sonamet in Angola and an award for the i-Tech division, offshore Australia. Since the quarter end, a two-year PLSV contract has been awarded offshore Brazil for Seven Seas.

Net debt increased by $283 million from the 2014 year end position, reflecting the timing of payments for the new-build vessel programme and movements in working capital in the quarter, largely due to the normal phasing of project related cash receipts and payments.