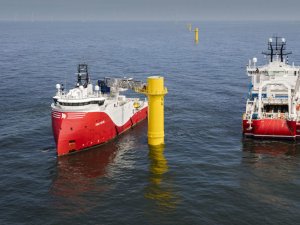 The acquisition, which is subject to competition clearance in Germany, will include the entire issued share capital of Siem Offshore Contractors, the inter-array cable lay vessel Siem Aimery and the support vessel Siem Moxie.

The initial consideration is EUR 140 million subject to certain adjustments to be valued by an independent third party. Subsea 7 says it will fund the acquisition through its cash resources.

The acquisition is expected to close in the first half of 2018.

According to Siem Offshore Contractors unaudited 2017 financial results, the company had revenues of EUR 97 million and EBITDA of EUR 25 million after an adjustment to exclude chartering costs of the two vessels being acquired. The company’s backlog as of 31 December 2017 was approximately EUR 120 million, including EUR 40 million related to the Beatrice wind farm project, which was also included in Subsea 7’s backlog.

Jean Cahuzac, CEO of Subsea 7, said: “Siem Offshore Contractors is an experienced provider of services to the offshore renewable energy, oil and gas, and utilities markets with capability that will complement Subsea 7’s existing offering. We believe that this acquisition opportunity will enhance the offshore renewables service we offer as a full lifecycle partner to our clients for their offshore energy developments.”

This news is a total 701 time has been read
Tags: Subsea 7 to Acquire Siem Offshore Contractors and Two Vessels