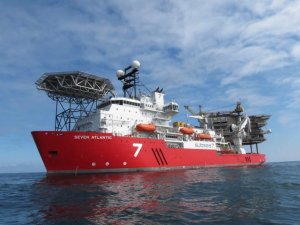 Subsea 7 S.A. announced that it had taken note of McDermott International shareholders' vote in favour of a combination with CB&I.

In light of this vote, Subsea 7 confirms that the proposal made to McDermott's Board of Directors on April 17 and published on April 23 is no longer valid.

Subsea 7 will continue to invest in alternative routes to grow and strengthen its business worldwide, with a focus on differentiation through its market leading capabilities and enabling technology.

Last week, McDermott International reiterated what it described as the “unanimous determination” of the company’s board of directors to reject an unsolicited proposal from Subsea 7.

The non-binding proposal from Subsea 7 took the form of the acquisition of all the outstanding shares of McDermott common stock for US$7.00 per share, payable entirely in cash or up to 50% in Subsea 7 stock and the balance in cash.

Subsea 7 S.A. is a leading global contractor in seabed-to-surface engineering, construction and services to the offshore energy industry.

This news is a total 1174 time has been read
Tags: Subsea 7 Withdraws Bid for McDermott