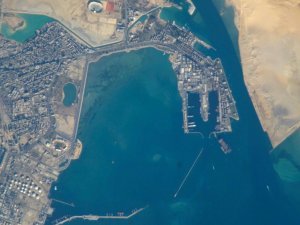 In the latest of a series of rebates on Suez Canal tolls vehicle carriers transiting the waterway eastbound from Northwest Europe to East Asia can apply for an 8% rebate.

The Suez Canal Authority (SCA) announced that vehicle carriers from ports in Northwest Europe heading to Singapore and ports eastwards will be granted an 8% rebate on canal tolls.

To qualify for the rebate which runs from 1 July to 30 September 2020 vessels must not call any intermediate ports.

It is a latest in a series of rebates announced by the Suez Canal which has seen vessels diverting to the longer backhaul to Asia via the Cape of Good due to low bunker fuel prices making the longer route more cost effective than paying tolls to use the canal.

This news is a total 2115 time has been read
Tags: SHIP OPERATIONS , SUEZ CANAL AUTHORITY, TOLLS