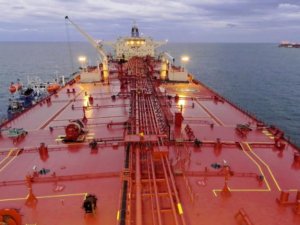 Supertankers carrying crude oil from Saudi Arabia to Japan earned USD 104,256 a day on Friday, October 2nd, the highest rate since July 2008, based on the data from London-based Baltic Exchange.

The hike in rates came amid speculation that the demand from China has dried out the fleet capacity available for charter.

“China was particularly more active in the market with a record number of fixtures this week from all areas,” Bloomberg cited George Los, a New York-based analyst at shipbroker Charles R. Weber Co as saying.

According to him, the move came as a surprise but it was not expected to see rates to continue shooting up.

The shrinking of ship supply is also believed to have been contributed by the recent picking up of activity in West Africa Market.

Namely, there has been a growing number of ships being chartered by China to haul crude from West Africa.

This news is a total 4986 time has been read
Tags: Baltic Exchange, china, Oil Tanker, Rates.