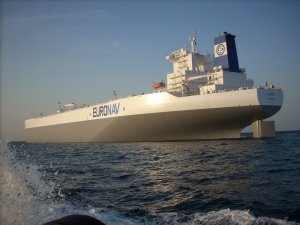 The UK-based trading arm of Beijing-backed Sinopec will give up the megatanker it booked to park crude in Asia at the onset of the drop in global prices two years ago, sources told Reuters.

Unipec UK took over a lease on the TI Europe, one of just two Ultra Large Crude Carriers capable of holding more than 3 million barrels of oil, in the Straight of Malacca in late 2014, just as oil prices began to slide below $100 per barrel and the excess of crude was filling the world’s on shore tanks.

The UK arm handles most of the crude oil purchased from West Africa and the North Sea that is shipped east.

It used the ship for “floating storage”, as oil traders do when they need logistical flexibility, do not have space in cheaper land tanks or expect the price of oil to fall so significantly in the near term that it is better to store it wherever they can rather than sell.

Since then, Unipec, which declined to comment on the booking, has moved oil from around the world onto the ship as either a stopping off point for its own refineries, or to trade on to other refiners when prices rose.

The lease on the vessel, owned by Belgian tanker operator Euronav, will expire in September, the sources said, when another trading firm or even another part of Unipec, such as the its branch that deals with Middle Eastern and Far Eastern crudes, could book it.

Unipec’s time charter was booked at $40,000 per day, and new bidders were already asking for closer to $36,000 per day, according to sources.

Rates for Very Large Crude Carriers, the next-size-down supertankers and a much more widely traded market, have also fallen significantly due to an excess of ships and waning demand for them.

Hauling crude on the benchmark Middle East to Japan route fell to $16,900 on Friday, according to data from British shipping services firm Clarkson. That is the lowest since October 2014 and compared with $102,000 per day on the same route on January 1-4, according to Clarkson data.

But even as prices drop, which makes it more affordable to use ships as storage, brokers said some are holding off in booking long-term time charters, preferring to store oil in tanks on land or book ships for individual journeys in the hope that rates could drop further.

“It’s too risky for anyone to lock anything in,” one ship broker said. (Additional reporting by Jonathan Saul, Aizhu Chen in Beijing and Florence Tan and Keith Wallis in Singapore, editing by William Hardy)

This news is a total 4409 time has been read
Tags: Supertanker TI Europe Back on Market as China’s Unipec Gives Up Floating Storage Lease