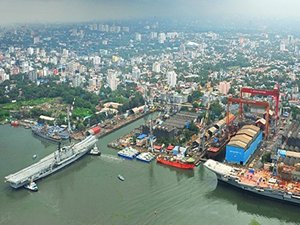 India's National Investigation Agency (NIA) has arrested nine men who were allegedly preparing to carry out terrorist attacks on behalf of Al Qaeda - including an attack on Indian Navy facilities, according to local media.

"The NIA had learnt about an inter-state module of al-Qaeda operatives at various locations in India including West Bengal and Kerala. The group was planning to undertake terrorist attacks at vital installations in India with an aim to kill people and strike terror," said the agency in a statement Saturday.

Indian security forces raided locations in West Bengal and Kerala early Saturday morning after detecting signs that the men were preparing to strike. According to Indian media, the men were acting on instructions from Al Qaeda leaders in Pakistan.

This news is a total 2541 time has been read
Tags: Suspected Al Qaeda Terrorists Arrested in Plot to Attack Indian Navy