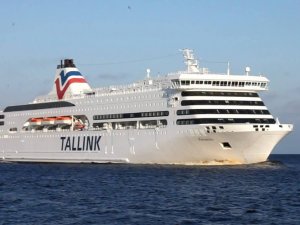 The Estonia-Finland route revenue for the period increased by 6.2%, driven by 4.8% growth in passenger number and 19.9% increase in cargo units, with the cargo growth supported mainly by added capacity.

The upgrades of the public areas and improvements to restaurant and shop concept throughout the fleet in past year, combined with the operational changes, have resulted in a 2% increase in on-board revenue per passenger.

Due to the increased number of chartered vessels compared to the same period last year, the revenue from charters increased by EUR 4.8 million or 57.8%, to the total of EUR 13.2 million. Main contribution to the charter revenue growth comes from the Silja Europa charter agreement from August 2014 onwards

In the first half year of 2015 the positive effect from chartering activities has been visible as in the comparable period last year fewer ships were in charter.

Looking forward to the second half of the 2015 financial year, the chartering revenues will decrease compared to the previous year as Silja Europa charter becomes comparable with the last year and two ships previously in charter were sold in the second quarter of 2015.

This news is a total 76587 time has been read
Tags: tallink, profit, share, estonian, cost, turkishmaritime