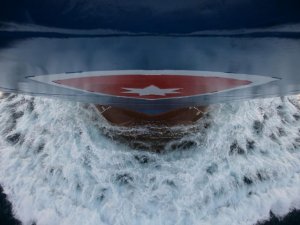 Danish shipping company Dampskibsselskabet Norden A/S has reported its adjusted result for the first quarter of 2017 at USD 1 million, against a loss of USD 5 million seen in 2016.

Coverage prevented Norden from benefitting from a dry cargo market that continued a gradual improvement on the back of strong year-on-year increase in Chinese imports, while the tanker fleet remained well positioned to exploit local and temporary rate spikes in an otherwise challenging tanker market.

Norden’s tanker activities generated an adjusted result for the period of USD 10 million, compared to USD 15 million seen in the corresponding quarter in 2016. The tanker result was generated in an overall challenging market that, however, also offered significant local spikes in clean product rates. In the dry cargo market, the steady increase in rates that began in the fourth quarter of 2016 continued and rates were significantly higher than in the first quarter of 2016.

However, the dry cargo result for the first quarter has not benefited from the increase in market rates, as Norden entered the quarter with more than 100% cover and the adjusted result for the period ended at USD -9 million, shrinking from USD -20 million reported a year earlier.

“On the back of strong performance by our Tanker business in a challenging market, we present our first quarterly adjusted profit since 2015,” Jan Rindbo, Norden CEO, said.

“In Tankers, we were able to make the most of regional and temporary market spikes and benefitted from the decision to increase our chartered fleet at relatively low costs at the end of 2016,” Rindbo said, adding that, in dry cargo, the company “did not benefit from the improving rates in the first quarter, but they have increased the value of Norden’s forward position in a year that overall still looks challenging in both segments.”

Norden said that the expectations for the adjusted result for the year maintained at USD -20 to +40 million with a dry cargo market that is set to offer rates a little higher than in 2016 and a tanker market that still looks challenging throughout 2017.

The dry cargo segment has continued the strategic expansion of operator activities with an increase in short-term chartering and a new organisational set-up to support this.

At the end of the first quarter of 2017, Norden had 3 vessels held for sale of which the first is scheduled for delivery in April while the remaining ships will be delivered in the second half of 2017 once they leave the yard.

This news is a total 1125 time has been read
Tags: Tanker Activities Push Norden to Profit