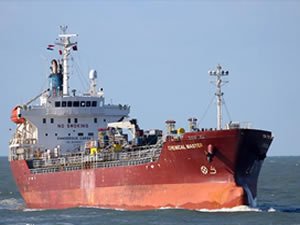 Chemical Master, a Malta-flagged product tanker was disabled, after a fire broke out in the engine room of the 2009 built vessel, which claimed the lives of two seafarers who were onboard the ship, during the time of the unfortunate incident, which occurred at the late hours of 22nd November off the coast of Portugal, in the Atlantic.

The tanker, which is currently disabled and adrift, with two ships belonging to the Portuguese Navy nearby, monitoring the situation was on its way from the Port of Haifa, Israel to the Amsterdam Port in the Netherlands.

The deceased crew badly sustained injuries owing to the fire, after which they were medevaced by a Portugal Air Force helicopter and were transferred to a hospital, where they were declared dead.

As of 23rd November, it is still unclear if the fire has been extinguished by the crew onboard, but it is being reported that the engine room of the 14,298 DWT vessel has been sealed, and the firefighting system of the vessel has been switched on, with the towage being pending. Understood towage pending, tanker is en route from Haifa Israel to Amsterdam.