Tanker Investments back in the sector! 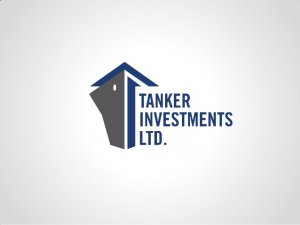 Tanker Investments expects the recovery in the tanker sector to continue into 2016, the Oslo-listed company said Thursday.

“We expect tanker values to continue to rise in the second half of the year in tandem with the stronger freight market,” William Hung told a conference call for analysts held after the company released its second quarter results earlier in the day.

Tanker Investments said it had recently seen asset values increase as a result of the strong spot tanker rates experienced so far this year.

Tanker asset prices had strengthened early in the third quarter of 2015, as liquidity returned to the secondhand tanker market in tandem with the rising rates in the spot market, Hung said.

The situation was being helped by moderate growth in the global fleet, a situation expected to remain, he said.Tanker Investments’ second quarter tanker spot rates were its highest in the past seven years, Hung said.

Counter-seasonal strength was driven by a high oil supply, positive fleet fundamentals, volatility in trading patterns and the ongoing storage program, he added.

With strong oil demand, partially led by low prices, Tanker Investments expected its fleet to generate substantial cash flow during the second half of 2015 and into 2016, the company said in a Thursday statement accompanying the release of its Q2 results.Tanker Investments is expanding its fleet to take advantage of the sector’s recovery, it said.

On the conference call, Hung said Tanker Investments in August had taken delivery of four of six Suezmaxes it agreed to buy in late 2014.

Delivery of the remaining two tankers is expected by mid-month, he added.While the tankers were delivered to Tanker Investment about one month later than the company had anticipated, the company was “excited about having them join our fleet at this point in the tanker market cycle,” Hung said in the statement.

As an indicator of expectations about the sustainability of the tanker sector recovery, Tanker Investments said in addition to projected strong tanker rates, it expected its leverage and liquidity to reach “comfortable levels” later in 2015.

Tanker Investments reported second quarter Suezmax TCE daily rates moved up to an average of $38,760, more than double the $15,171 in the year-ago quarter.

Aframax TCE daily rates shot up to $33,132 from $12,676 a year ago.“While crude tanker rates could potentially soften slightly into the end of the third quarter of 2015, as refineries enter scheduled maintenance, they are expected to remain strong relative to historical average third quarter rates,” the company said.

Secondhand tanker values remained firm in the second quarter and had strengthened early in the third, Tanker Investments said.Modern ship values increased as charter rates had been counter-seasonally strong, and the expectation was that positive tanker market fundamentals would continue to increase.

“The outlook for crude spot tanker rates is expected to remain positive in 2015 and into 2016 based on a combination of low fleet growth and an increase in long-haul tanker demand as more crude oil moves from the Atlantic to the Pacific Basin,” the company said.

Low oil prices were expected to provide support for tanker demand into the second half of this year and into the following year, it added.Tanker Investments reported Q2 net earnings of $16.66 million, against a loss of $5.7 million for the year-ago quarter.

This news is a total 3280 time has been read
Tags: oil, atlantic, tanker investments, oslo PIL sells two more ships to SeaspanThe dramatic fleet clear-out at Pacific International Lines (PIL) has seen Singapore’s top liner slip from 400,000 to 300,000 slots since the start of the year.

Genting HK Details Financial Challenges, Cruises and ShipbuildingA week after announcing that it was suspending payments to its financial creditors to preserve liquidity while it seeks to refinance, Genting Hong Kong announced a larger anticipated loss but also provided more details on its situation.