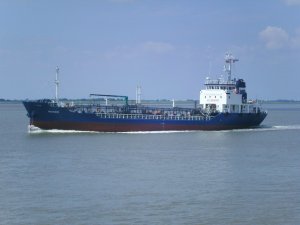 “With the addition of the recently announced acquisition of six, high quality, modern Suezmax tankers for USD 315 million, Tanker Investments has grown its fleet to 20 vessels, with an average age of approximately 5 years, in just over a year,” commented Hung. “Importantly, with all of our ships trading in the spot tanker market, which has recently seen rates reach levels not experienced since 2008, Tanker Investments is currently generating substantial cash flow.”

Tanker Investments reported net income of USD 3.7 million for the fourth quarter of 2014 compared to a net loss of USD 0.9 million in the previous quarter.

During the fourth quarter of 2014, net revenues increased to USD 27.4 million from USD 20.7 million in the third quarter of 2013 due primarily to higher average spot tanker rates and the delivery of the Peak Spirit in October 2014, the company said in its quarterly results.

With regard to the market outlook, the company said that crude tanker fleet utilization and spot tanker rates are expected to remain positive in 2015 based on a shrinking mid-size crude tanker fleet and a continued increase in long-haul tanker demand as more crude oil moves from the Atlantic to Pacific basins.

The impact of low prices and the development of floating storage in the first half of 2015 are also expected to support tanker demand in 2015.

“In addition, a steepening of the crude futures curve has led to the emergence of floating storage with over 30 VLCCs booked on time charter, with floating storage options, since the start of the year. This has a positive knock-on effect for Suezmaxes and Aframaxes as the removal of VLCCs from the trading fleet reduces competition across the different crude sectors,” the company added.

Secondhand crude tanker values rose during the fourth quarter of 2014 due primarily to higher spot market earnings and values have remained firm in the early part of 2015.

According to Tanker Investments, market sentiment for asset values is expected to remain firm in the coming months based on positive tanker market fundamentals, however, there is currently a wide gap between sellers’ and buyers’ price ideas for modern crude tankers.

Looking ahead, the global tanker fleet is forecast to grow by only 1.7 percent in 2015, with growth again weighted towards the product tanker sectors with another year of negative fleet growth expected for the Suezmax and uncoated Aframax sectors.

This news is a total 2945 time has been read
Tags: Tanker Investments, Tanker market