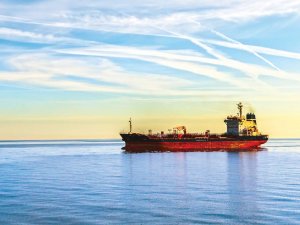 Since our last report, apologisingly more infrequent than we would prefer, the tanker market has been holding fairly well and better in comparison to the dry bulk market. Tanker freight rates have been holding at respectable levels for most of the time year to date, and above operating breakeven for most of the sectors and most of the time. Clean product tankers seem to be the weakest link with freight rates well below $10,000 pd (the tremendous ordering and ‘me too’ mentality has finally caught up with the market); on the other hand, gas carriers – especially for long range tonnage, freight rates have been setting new highs on a casual basis – as high as $100,000 pd for certain vessels, on the back of increased trade, increased production and steady demand and constrained tonnage availability, at least at the moment.  Mainstream crude tanker vessels have been holding their values surprisingly well, especially for modern tonnage.

China has been increasingly dependent on more crude oil imports: while monthly Chinese crude imports fluctuate based on inventory buildups and refinery expansion, Chinese crude oil imports effectively increased from 4.3 mbpd in October 2013 to 6.1 mbpd in December 2013 to an all-time-high of 6.8 mbpd in April 2014, about 8% growth y/y from 2013Q1.  In general, for 2014H1, crude oil tanker rates are at least double the levels from a year ago, with VLCCs and Aframax tankers averaging about $22,000 pd while Suezmax tankers averaging about $25,000 pd in the spot market. Still, these numbers are not terribly healthy and cannot support the cost base of many a modern tanker with high acquisition prices (a VLCC acquired at $100 mil, would need to see close to $50,000 pd in order to support an amortizing mortgage and allow for a single-digit return to investors); again, when these tankers were not making enough money this time last year to pay crewing and insurance, any improvement is godsend. While there are still numerous crude tanker newbuildings on order, in general, the disappointment in the market has spoiled – so far – the appetite for massive orders, and thus the rate of new orders is diminishing at a time when ton mile and demand seems to be holding steady or increasing.  The second half of a year is usually more active in movement of crude oil cargoes, thus seasonality is in favor of the market.  And looking longer term, crude oil production is projected to increased from about 90 million barrels per diem (mbpd) to 100 mbpd by decade’s end, it has been as reassuring as it can get, given than a couple of years ago nil or ‘negative growth’ was the base-case scenario.

While in late July 2014, Frontline Ltd (ticker: FRO) opted to compensate Ship Finance International (ticker; SFL) $58.8 million for the early termination of the charter for three VLCCs (MT „Front Opalia”, MT ‘Front Commerce” and MT “Front Comanche” – all built in Japan in 1999) rather than spend more than $10 mil to pass mandatory special survey and drydock (SSDD) for the vessels, and eventually sell the vessels to Sinokor for $23.5 mil per vessel (a slight premium over their scrap value), a still Fredriksen-affiliated tanker company – Independent Tankers Corporation Limited (ticker: VLCCF) has sold the one-year-older VLCC tanker MT „Ulriken” (1998, 310,000 DWT, Samsung Heavy) at $26 million, admittedly a very strong price for her age; the vessel, however, has valid certificates and good survey position till December 2018.  Similarly aged VLCC tanker MT „Neptune Glory” (1998, 299,000 DWT, Daewoo) has been sold at a softer price of $24 mil, with class certificates and survey position good till April 2018; this sale allegedly should have been at premium pricing given the ‘subjects’ to conversion to offshore asset for Nigerian tender. Although survey position has been getting to be a crucial factor for pricing crude tanker vessels around their 3rd Special Survey (15th anniversary from shipbuilder), pricing seems to be vessel and transaction specific, making vessel valuations a rather customised exercise rather then the output of an algorithm.  VLCC tanker MT „DS Victory” (delivered in ‘this part of the century’ 2001, 299,000 DWT, Daewoo) was sold to Greek buyers (NGM Energy / Moundreas) at $33.5 million; vessels built after 2000 are priced and depreciated differently than vessels built prior to the millennium, but the MT „DS Victory” seems to be a very good vessel in terms of cargo capacities, specifications and fuel consumption.

In the Suezmax tanker market, Chevron Shipping has exercised the option to acquire three Suezmax tankers already under their long-term bareboat charter for an undisclosed remuneration; vessels were owned by Independent Tankers Corporation Limited (ticker: VLCCF) and were MT „Cygnus Voyager” (1993, 157,000 DWT, IHI (Japan)), MT „Sirius Voyager” (156,500 DWT, 1994, Ishibras (Brazil)) and MT „Altair Voyager” (135,000 DWT, 1993, Ishibras (Brazil)); these are 20+ year old crude oil tankers and it’s extremely interesting seeing a major-oil-company-affiliated shipping company ‘coming close’ to such old tonnage, whether chartering or ownership. It’s even more interesting seeing Brazilian-built tankers acquired by a major-oil-affiliated shipping company given than Brazilian-built vessel do not exactly enjoy high reputational respect, primarily in terms of quality of steel plate. Recent Suezmax tanker sales have been the sale of MT „Huelva Spirit” (160,000 DWT, 2001, Daewoo) to Middle-eastern buyers at excess of $18 mil, and the very strong price of MT „Cape Balder” (160,000 DWT, 2000, Hyundai Heavy) from German KG-house for conversion at a very strong pricing in excess of $18 mil. A very interesting sale at the very strong price of $65 mil has been reported in early August of MT „Cap Isabella” (158,000 DWT, 2013, Samsung Heavy); publicly listed Euronav, as the bareboat charterer of the vessel with profit sharing in a potential sale, has confirmed the sale in a press release and their book profit of $4.3 mil but not the actual sale price; as buyer for the vessel has been reported Polembros Shipping of Greece who are known to be opportunistic buyers and very much price conscious, this sale deserves special consideration especially given that the vessel is not ‘eco design’.

In the Aframax tanker market, earlier in August, the Chinese-built in 1998 LR2 tanker MT „DL Iris” (100,000 DWT, 1998, Dalian) was sold at the reflectively very strong price of $10.5 mil. However, the vessel has been sold ‘on subjects’ which demand a premium on pricing; further to it, the vessel had underwent her 3rd SSDD last year at a cost of $4.5 mil with extensive steel place replacing and installation of heating coils, thus the pricing at $10.5 mil is not much flattering or of excess of scrap value (estimated in the $7 mil range) despite vessel certification validity till 2018. Earlier in the year, MT „Maersk Prime” (110,000 DWT, 1999, Dalian) was sold at $12 mil, thus the sale of MT „DL Iris” is not as appealing as it appears on surface; this market is heavily biased against tonnage built in 1998 and earlier.  Two weeks ago, Chinese-built modern aframax tankers MT „DT Providence” and MT „Enrica Lexie” (104,000 DWT, 2008, Shanghai Waigaoquiao (SWS, China)) were sold from Italy’s Fratelli Armatori D’Amato Group to two Greek buyers in individual transactions at $33.5 mil each, which appears to be slightly higher than market levels and implying some market optimism. The easiest found comparable sale of Chinese-built aframax tonnage has been the sale of MT „Valdarno”, MT „Vallesina”, MT „Valbrenta” and MT „Valfoglia” (104,000 DWT, 2009, Hudong Zhonghua) which were sold in January this year at $30 mil each from Montanari to affiliates of Teekay (Teekay Investment Limited, ticker: TIL); it would look that the market has been looking up since January for modern aframax tonnage, although the Montanari tonnage was not well marketed for sale or perceived by buyers in January. The slightly older aframax tanker MT „Ambelos” (105,000 DWT, 2006, Sumitomo) was sold by Greek owners (Samos Shipping) to Pakistan National Shipping Corporation (PNSC) at $33 million, a strong pricing, again from quality Japanese-built tonnage. Just a week earlier, still Japanese-built tonnage MT „Morning Express” (105,000 DWT, 2000, Sumitomo) had achieved the rather anemic price of $11.5 mil from Japanese sellers, but again, more often than not, the way a vessel is marketed for sale affects the sale price indeed, irrespective of market conditions or tonnage quality.

The chemical and product tanker markets have been experiencing a rather calm summer; the freight market has been just acceptable and the orderbook has been a concern for many market players, especially for institutional investors who have had been dominating the market spirits of these sectors in a while. An interesting transaction has been the sale of Hull No 5126 (TBN MT „Amethyst” (50,000 DWT, 2014, SPP Shipbuilding) at SPP Shipbuilding in S Korea from Greece’s Ceres Hellenic Group (Peter Livanos) to Scorpio Tankers (ticker: STNG) at $37.1 million. The price seems to be approximately $2 mil above prevailing market levels, but again, in a becalmed market of freight rates un-expectedly low, one needs a transaction that originates waves or even maintaining the status quo that projections had been built upon.

For smaller chemical tankers, the sale of MT „Green Stars” (36,000 DWT, 2001, Daedong S.B.,  / IMO III tanker) at $12.5 million has taken place into this rather quiet segment of the market; however, the sale seems to indicate a rather strong market for smaller chemical and product tankers; after all, this market has been under the radar as most emphasis on chemical and product tankers has been for tonnage newer than five-years old and mostly for MR2 tanker of about 50,000 dwt.

Given that summer is seasonally the weakest period of the year for tankers and that this time last year (and the summers before) tankers – especially crude oil tankers – were happy to keep busy at any rate, this summer has been encouragingly robust, so much so as to make many investors believe that tankers are long due their place in the sun, especially since this summer sun has been unduly unkind to the dry bulk market, making any comparisons between market sectors much more favorable.

This tanker market review was prepared by Karatzas Marine Advisors & Co. and was originally published at Karatzas Shipbrokers Register; the article has been reproduced herewith with permission.

This news is a total 3529 time has been read
Tags: VLCC, Opalia, ship, finance