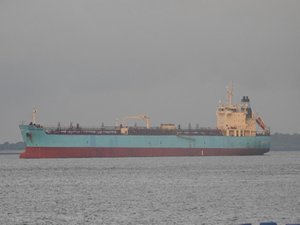 The downward trend of the tanker market is expected to continue for the remainder of 2020 according to analysts Maritime Strategies International (MSI).

MSI sees tanker markets facing a great deal of uncertainty in 2020 and rates have been feeling the impact of OPEC+ production cuts. Aframax one-year time charter rates for Q3 are forecast by MSI at $19,900 per day compared to $32,400 per day back in May.

“We expect the downwards trend to continue with earnings moving even lower in Q4 with earnings remaining low in Q1 21 with high stock levels meaning that as oil demand recovers, drawdowns will weigh on global trade,” says MSI’s Tim Smith.

“Production cuts will still be in force, even though OPEC+ is now in the process of lifting output. US crude production has also fallen steeply, but exports have not seen as big a drop, as US refinery throughput also fell sharply in Q2. As refining recovers, it will also reduce the pool of US exports.”

The floating storage market has not played out in the way that many had forecast earlier in the year and although overall volumes remain very high by normal standards MSI its impact on 2020 market conditions had been reduced.

To an extent replacing floating storage though are tanker delays with a glut of VLCCs in China as well as delays in other parts of Asia, Europe and the US. However, much floating storage MSI sees the impact of this as temporary.

“Across 2020 there has been a clear increase in average delays. India has seen significant delays since April, after a number of ports declared force majeure and following high crude import levels vessels at Chinese ports are experiencing prolonged delays, with over 30 VLCCs seeing delays of more than 10 days off China in July, and that number is growing,” added Smith.

“Less well publicised have been other areas including Asia, Europe and the US. This will support deadweight demand in 2020, countering the huge drop in trade volumes and floating storage though, there is a notable ‘grey area’ around their impact.”