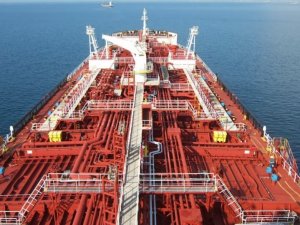 The market for hedging oil tanker freight has revived sharply this year to a value of $4.5 billion after years of torpor, with ship owners looking to profit from a freight rally and more energy companies scramble to cover risk, industry sources say.

Cheap oil bargain hunters after the price drop and refineries, which have been operating at unusually high levels to meet rising demand, have helped tanker markets experience their best earnings in years after a long period of losses.

Rates for crude supertankers have soared in recent weeks to over $100,000 a day - their highest since 2008.

In tandem, tanker freight forward agreements (FFAs), which allow a buyer to take a position on where freight rates will stand at a point in the future, have seen a surge in activity.

"A lot of oil majors are under a lot of pressure," said Jay Lovell, chair of the FFA tanker brokers' association.

"They have to be seen hedging any kind of assets that they have ... that is why you are seeing a lot more driven volumes coming through from oil majors these days," said Lovell, head of tanker FFA trading with leading broker Braemar ACM.

In the year to date, the value of the FFA tanker market - which includes both crude and oil products segments - reached over $4.5 billion, versus $3.2 billion for 2014 and $3.2 billion in 2013, according to market estimates.

Oil majors including BP, Phillips 66 and Statoil plus trade houses Glencore, Trafigura, Vitol and Gunvor are active in tanker FFAs.

Lovell said in the past six months, 20 new participants had joined the FFA tanker market - some returning after being absent for years due to slower activity at that time.

Glenn Huniche, FFA trader with Maersk Tankers and chair of the advisory FFA tanker users' group, said investments in shipping by private equity houses and hedge funds in recent years were adding to the flows, while tanker owners were also taking more punts.

"That is something that is going to be game changing in the years to come," Huniche said, ahead of the annual FFA tanker forum in London this week.

"With the upturn, conventional (tanker) owners are coming back with money in their pockets - and that can be used in instruments like this."

This news is a total 5740 time has been read
Tags: tanker, market, rates, rally, profit