Tankers: Aframaxes could see demand boom in years to come 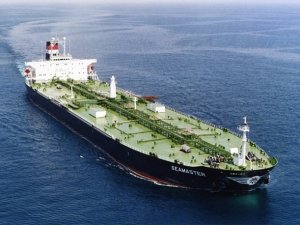 Canada has long been heralded as one of the potentially major markets for oil trade, whether via pipelines or by sea.

The Aframax market in particular could be set for a major boost in terms of employment in the coming years, should a major pipeline project come to fruition. In its latest weekly report, shipbroker Gibson said that “the Canadian government has long harboured the ambition to be able to export crude without the need to rely almost entirely on the US for distribution. Increasing US shale oil production lessens the need for Canadian barrels for US domestic consumption and therefore increases the need to diversify export solutions. Globally, Canada has the third highest proven oil reserves and is under greater pressure to sell more crude into the international market. However, the government in Ottawa continues to struggle against balancing environmental issues versus the need to stimulate economic growth, particularly in a low oil price environment”.
According to Gibson, “last November the Canadian government granted approval to the Kinder Morgan Trans Mountain Expansion Pipeline (TMP), a 1,150Km pipeline which will run parallel with the original built in 1953. The cost of the new pipeline is C$7.4 billion (US5.9 billion). The project will increase the capacity from 300,000 to 890,000 b/d by adding approx. 980km of new pipeline and reactivating of another 193Km of existing network. The pipeline will run from Edmonton (Alberta) to the Burnaby terminal (Vancouver) and will require the construction of 14 additional reception tanks. Pipeline approval follows a 29 month review by the National Energy Board, which placed 157 conditions on the project before it could proceed. According to Kinder Morgan, the project came about in response to requests from oil shippers to help them reach new markets by expanding the capacity of North America’s only pipeline with access to the West Coast”.

The London-based shipbroker added that “naturally any project of this nature will meet with objections. Earlier this month a judicial review was convened in Calgary to address any concerns from environmental groups and aboriginal people who have been granted two weeks to present their cases. There has been no indication as to when the judicial review will make their decision but the government has called the export of its natural resources a “fundamental” responsibility, and that it had considered many factors in approving the project, including environmental concerns. Given yesterday’s announcement that TransCanada Corp. has abandoned the Energy East pipeline amid mounting regulatory hurdles, the go ahead for the TMP project takes on even more significance for Canadian oil export ambitions. This latest setback comes less than a year after the government rejected the Enbridge Northern Gateway pipeline. Both viewed as major setbacks to the government’s aspirations”.
“However, in some ways the TMP pipeline stands a better chance on getting the go ahead because most of the construction will take place adjacent to the existing structure, with a clear plan to restore any disrupted areas back to their original state. According to the existing construction schedule, work on the pipeline was due to commence last month, with a completion date as early as December 2019. When fully operational,tanker traffic at the Burnaby’sWestridge terminal will increase nearly seven-fold to about 400 visits annually. Tankers must travel 80 nautical miles in the narrow waterway in order to reach the load terminal, which will restrict crude operations to Aframaxes. Should this project succeed, the Aframax market could be on the cusp of a major employment boost, albeit still a few years further down the pipeline”, Gibson concluded.

Meanwhile, in the crude tanker market this week, Gibson said that “despite the Holidays, Chinese VLCC Charterers showed enough maintained interest to keep the market simmering with rates to the East topping ws 60 and levels to the West moving ahead of the mid ws 20’s barrier. That will give Owners hope that they may be able to squeeze a bit more in the usually busier end month fixing phase, but availability remains rather too easy to call for any noticeable spike and Charterers compliance is also not a given. Suezmaxes trudged sluggishly through the week and rates softened accordingly towards ws 75 East and ws 35 to the West with the trend looking likely to be maintained. Aframaxes turned a corner as the fixing pace picked up and rates headed towards 80,000mt by ws 120 to Singapore. There could yet be further gains before ballasters from the Far East potentially dilute”, the shipbroker concluded.

This news is a total 1225 time has been read
Tags: Tankers: Aframaxes could see demand boom in years to come