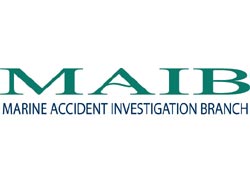 The Marine Accident Investigation Branch is investigating an incident between a Navigazione Montanari chemical tanker with tankers owned by Teekay Corp and BW Shipping at one of the UK"s most busiest oil refineries.

These reports were confirmed by the MAIB, Southampton port operators and refinery operator ExxonMobil.

The Vallermosa was on its way to BP"s Humble oil terminal from Rotterdam and collided with the other two tankers as they were moored at the Fawley marine terminal in Southampton last Thursday, LMIU said.

An ExxonMobil spokesman said half a litre of aviation fuel was spilt and Fawley"s own spill response vessels were deployed.

?There was no impact on the environment and no impact on Fawley"s production levels? said the ExxonMobil spokesman.

Southampton deputy harbour master Ray Blair told that Navion Fennia was in the port for repairs on Friday and BW Orinoco was waiting for a spare berth to unload its cargo of Fawley jet fuel before going to a quay for its own repairs.

?The Vallermosa has left Southampton for repairs in another port after approval from the Maritime & Coastguard Agency and class society,? said Capt Blair.

According to LMIU, Vallermosa was classed by Italian society Rina and had P&I cover with Gard.

The Navion Fennia had cover from the Standard Steamship Owners Protection & Indemnity Association (Bermuda) Ltd and was classed with Lloyd"s Register.

It was unloading crude, loaded from the Bleo Holm production ship in the UK North Sea, at Fawley when it was struck, LMIU said.

The BW Orinoco is classed by ABS with the North of England providing P&I cover.

This news is a total 2265 time has been read