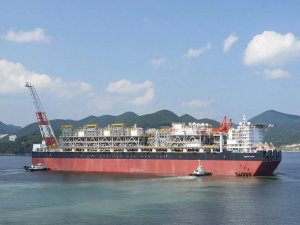 The agreement between the two companies provides a mechanism to allow a transition of the contract to an Engineering, Procurement, Construction and Installation (EPCI) contract at a later stage.

TechnipFMC will work on defining the technology and equipment scope and brings expertise to deliver major projects, leveraging extensive experience with Chinese fabrication .

Nello Uccelletti, President of TechnipFMC’s Onshore/Offshore business, commented: “We are very honored to be awarded this contract in West Africa which further demonstrates our leading position in offshore gas monetization. We look forward to collaborating with BP to unlock the full potential of this important project.”

The initial subsea infrastructure connects the first four wells consolidated through production pipelines leading to a FPSO vessel. From here liquids are removed and the export gas is transported via a pipeline to the floating liquid natural gas (FLNG) hub terminal where the gas is liquefied.

The Tortue/Ahmeyim Field Development is located in the C-8 block off the shore of Mauritania and the Saint-Louis Profond block offshore Senegal. The Tortue discovery was made by Kosmos Energy, which farmed down its investment to BP in December 2016. BP now has the largest interest (~60%) among the four partners in the project and is the operator.

TechnipFMC is a global leader in subsea, onshore/offshore, and surface projects.

This news is a total 2105 time has been read
Tags: TechnipFMC Grabs BP FPSO Design Contract