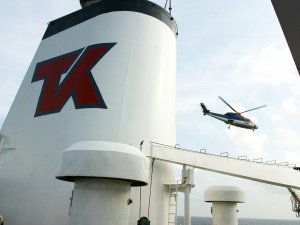 ”The higher contributions from the acquisition of the Knarr FPSO in early-July 2015 and the commencement of operations of the Arendal Spirit UMS in early-June 2015, and a full quarter contribution from the start-up of Teekay Offshore’s shuttle tanker operations in the East Coast of Canada were offset by the scheduled expiration of certain shuttle tanker charter contracts, a temporary shut-down of the Piranema Spirit FPSO for unscheduled repairs completed during the quarter, a seasonal decrease in shuttle tanker utilization, and lower towage fleet utilization,” Teekay Offshore Partners said in the financial report.

Teekay Tankers’ net profit in 3Q2015 was around USD 3 million lower compared to the quarter ended June 30, but it is a nearly sevenfold improvement compared to USD 5.9 million net profit reported in 3Q2014.

The decreases were partially offset by ”higher LPG spot rates earned in 2015 and the addition of four LPG carrier newbuildings that delivered during 2014 and early 2015, net of the sale of four older LPG carriers during 2014 in the Partnership’s 50 percent-owned LPG joint venture, Exmar LPG BVBA, the termination of capital leases for, and the subsequent refinancing at a lower interest rate of, three LNG carriers owned by the Partnership’s RasGas II joint venture in December 2014, and the acquisition of one LPG carrier, the Norgas Napa, in November 2014.”