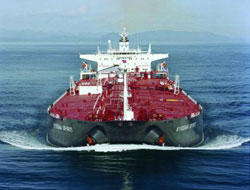 Parent company Teekay Corp expects its delayed third quarter results to exceed market expectations when they are unveiled next month, while its separately quoted subsidiary Teekay Tankers has reported an improvement in underlying earning and confirmed a record quarterly dividend.

Teekay Corp said its adjusted fully-diluted earnings per share for the third quarter should ?exceed the current consensus estimate of $1.01 per share.?

The company"s estimated earnings reflected ?strong? spot tanker rates, with the company realising average spot rates of about $67,000 a day and and $46,000 for its suezmaxes and aframaxes, respectively.

?This counter-seasonal strength in tanker freight rates was primarily due to higher volumes of oil production from ton-mile intensive Opec producers, rising crude oil import volumes into the US, China and India, as well as other factors, including port delays in the US and Japan and stockpiling of oil ahead of the Olympics in China,? Teekay said.

Second-half tanker rates had also been supported by a dampening of supply growth due to the removal of vessels from the global fleet for conversion purposes and an increase in scrapping.

Teekay said fourth quarter rates had ?remained relatively firm? although they were below those achieved in the previous three months.

Teekay completed 90% of its spot bookings

The company estimates it has completed 90% of its spot bookings for the fourth quarter at an average suezmax rate of $46,500 a day and an average aframax rate of $36,500 per day.

?Current spot tanker freight rates are above these levels,? the company said.

Teekay Corp said it would issue full third quarter results in January after a later than normal start to the company"s earnings review process because of finalising the restatement of historical results relating to derivative transactions.

However, the underlying performance, stripping out unrealised gains and losses, improved to $21m from $17.2m.

This news is a total 1133 time has been read