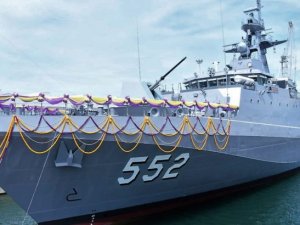 The C-Guard Sea Acceptance Test is an important milestone in the collaboration between Terma, Thales NL as prime contractor and the Royal Thai Navy on the Krabi Class Offshore Patrol Vessel program and is a token of the strengthened relationship between the parties. Terma previously supplied C-Guard systems for the Naresuan Class (HTMS Naresuan and HTMS Taksin) and the DW 3000F Class (HTMS Bhumibol Adulyade).

Further opportunities to increase the business relationship in the near future, between Terma and the Royal Thai Navy, exists if the Royal Thai Navy decides to install Decoy Launching Systems on board the remaining Krabi Class program vessels and on the next Frigate in the DW 3000F Class.

• Radio Frequency (RF) threats – the C-Guard algorithm offers the flexibility of deploying chaff as sub-munitions or as a large chaff burst.• InfraRed (IR) and Imaging IR threats – An increasing threat especially in the littoral zone. The multi-azimuth tubes of the C-Guard will allow the algorithm to calculate precise firing of IR to provide 360-degree coverage.• The C-Guard algorithm can effectively calculate the heat dissemination of flare decoys and in combination with chaff decoys obscure the IR image of a naval vessel.• Dual Seeker threats – the algorithm supports dual mode rounds containing both flare and chaff payloads – an advanced coverage technique towards dual seeker threats.• Torpedo threats – unparalleled, C-Guard supports the firing of the latest acoustic anti-torpedo decoys, including state-of-the-art Canto by Naval Group. 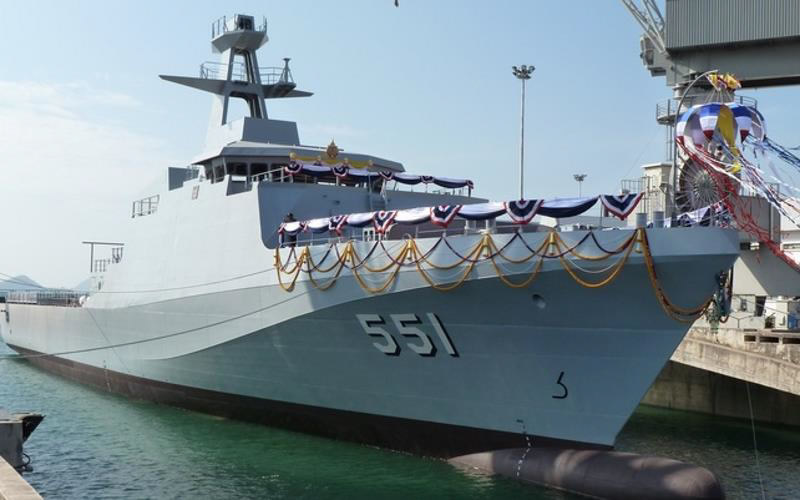