The countdown starts for Autoport 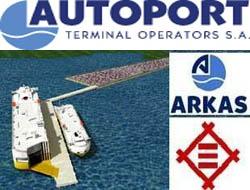 Autoport, the first car terminal in Turkey to serve multiple brands of cars, will begin operations in June.

The countdown starts for Autoport

Autoport, the first car terminal in Turkey to serve multiple brands of cars, will begin operations in June. With capacity for handling 400,000 vehicles annually, Autoport will employ expert staff and advanced technology to provide manufacturers and exporters with dependable service 24 hours a day, 7 days a week.

The Turkish automotive industry manufactures over 1 million motor vehicles per year and generates approximately 20 percent of Turkey"s total exports, making it a driving force in the economy. Because over 80 percent of Turkey"s automobile production, exports and imports are carried out in the Marmara Region, the industry depends mostly on shipping via sea as the main method of transportation. Most ports in the region can load and unload motor vehicles as well as containers and bulk cargo, but there is no car terminal dedicated to providing service to different brands of cars. In order for the automotive industry to achieve its long term goals, additional terminal capacity must be created.

In the heart of the automotive industry

Arkas is partnering with the Japanese company Mitsui & Co. to bring the first car terminal to Turkey that will serve multiple automobile manufacturers. Construction began on Autoport in 2006 in Yeniköy municipality in the district of ?zmit in Kocaeli province, and the facility begins operations in June.

The automotive industry has become established in the eastern and southern Marmara region and Autoport's location in Yeniköy places it solidly in the geographical center of this industry. Autoport has been founded on 16 hectares of land located at the focal point of storage centers for automobile manufacturers and distributors. Equipped with two piers, 328 m and 246 m long where two vessels can dock simultaneously, Autoport is capable of handling 400,000 vehicles per year.

With a trained, experienced and proficient staff, Autoport has completed its preparations to provide the first class service that the continually growing automotive industry deserves.

Autoport will offer non-stop, rapid, efficient and productive operations to automobile manufacturers and importers around the clock, seven days a week, with the goal of making a contribution to the momentum the industry has already achieved. A software system has been specially designed for the needs and workflow of the terminal, enabling customers to instantly obtain information about the current status of vehicles and operational procedures. Because it was designed and constructed with the needs of the Turkish automotive industry in mind after carefully researching similar terminals in Europe, it is certain that Autoport will bring added value to finished automobile logistics in Turkey. 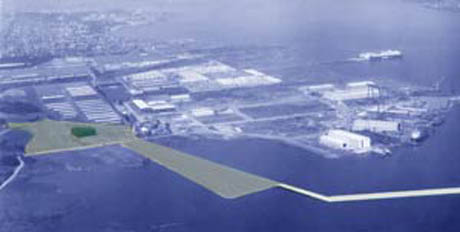 An overview of the port grounds and piers.

This news is a total 1938 time has been read