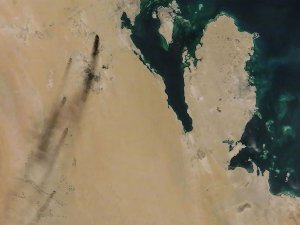 The devastating attack on Saudi oil facilities by drones and missiles not only transforms the balance of military power in the Middle East, but marks a change in the nature of warfare globally.

On the morning of 14 September, 18 drones and seven cruise missiles – all cheap and unsophisticated compared to modern military aircraft – disabled half of Saudi Arabia’s crude oil production and raised the world price of oil by 20 per cent.

This happened despite the Saudis spending $67.6bn (£54bn) on their defence budget last year, much of it on vastly expensive aircraft and air defence systems, which notably failed to stop the attack. The US defence budget stands at $750bn (£600.2bn), and its intelligence budget at $85bn (£68bn), but the US forces in the Gulf did not know what was happening until it was all over.

Excuses advanced for this failure include the drones flying too low to be detected and unfairly coming from a direction different from the one that might have been expected. Such explanations sound pathetic when set against the proud boasts of the arms manufacturers and military commanders about the effectiveness of their weapons systems.

Debate is ongoing about whether it was the Iranians or the Houthis who carried out the attack, the likely answer being a combination of the two, but perhaps with Iran orchestrating the operation and supplying the equipment. But over-focus on responsibility diverts attention from a much more important development: a middle ranking power like Iran, under sanctions and with limited resources and expertise, acting alone or through allies, has inflicted crippling damage on theoretically much better-armed Saudi Arabia which is supposedly defended by the US, the world’s greatest military super-power.

If the US and Saudi Arabia are particularly hesitant to retaliate against Iran it is because they know now, contrary to what they might have believed a year ago, that a counter-attack will not be a cost-free exercise. What happened before can happen again: not for nothing has Iran been called a “drone superpower”. Oil production facilities and the desalination plants providing much of the fresh water in Saudi Arabia are conveniently concentrated targets for drones and small missiles.

In other words, the military playing field will be a lot more level in future in a conflict between a country with a sophisticated air force and air defence system and one without. The trump card for the US, Nato powers and Israel has long been their overwhelming superiority in airpower over any likely enemy. Suddenly this calculus has been undermined because almost anybody can be a player on the cheap when it comes to airpower.

Anthony Cordesman, a military expert at the Centre for Strategic and International Studies in Washington, succinctly sums up the importance of this change, writing that “the strikes on Saudi Arabia provide a clear strategic warning that the US era of air supremacy in the Gulf, and the near US monopoly on precision strike capability, is rapidly fading.” He explains that a new generation of drones, cruise missiles, and precision strike ballistic missiles are entering the Iranian inventories and have begun to spread to the Houthis in Yemen and Hezbollah in Lebanon.

Similar turning points in military history have occurred when the deployment of an easily produced weapon suddenly checkmates the use of a more complicated one.

A good example of this was the attack on 11 November 1940, on five Italian battleships, moored at their base at Taranto by 20 slow moving but sturdy British Swordfish biplanes, armed with torpedoes and launched from an aircraft carrier. At the end of the day, three of the battleships had been sunk or badly damaged while only two of the British planes were missing. The enormity of the victory achieved at such minimal cost ended the era when battleships ruled the sea and replaced them with one in which aircraft carriers with torpedo/bomber were supreme. It was a lesson noted by the Japanese navy which attacked Pearl Harbour in similar fashion a year after Taranto.

The Saudis showed off the wreckage of the drones and missiles to assembled diplomats and journalists this week in a bid to convince them that the Iranians were behind the air raid. But the most significant feature of the broken drone and missile parts was that, in full working order, the weapons that had just rocked the world economy would not have cost a lot. By way of contrast, the US-made Patriot anti-aircraft missiles, the main air defence of Saudi Arabia that were so useless last Saturday, cost $3m (£2.4bn) apiece.

Cost and simplicity are important because they mean that Iran, the Houthis, Hezbollah and almost any country can produce drones and missiles in numbers large enough to overwhelm any defences they are likely to meet.

Compare the cost of the drone which would be in the tens or even hundreds of thousands of dollars to the $122m (£97.6m) price of a single F-35 fighter, so expensive that it can only be purchased in limited numbers. As they take on board the meaning of what happened at Abqaiq and Khurais oil facilities, governments around the world will be demanding that their air force chiefs explain why they need to spend so much money when cheap but effective alternatives are available. Going by past precedent, the air chiefs and arms manufacturers will fight to their last breath for grossly inflated budgets to purchase weapons of dubious utility in a real war.

The attack on Saudi Arabia reinforces a trend in warfare in which inexpensive easily acquired weapons come out on top. Consider the track record of the Improvised Explosive Device (IED), usually made out of easily available fertiliser, detonated by a command wire, and planted in or beside a road. These were used with devastating effect by the IRA in South Armagh, forcing the British Army off the roads and into helicopters.

IEDs were used in great numbers and with great effect against US-led coalition forces in Iraq and Afghanistan. Immense resources were deployed by the US military into finding a counter to this deadly device, which included spending no less than $40bn (£32bn) on 27,000 heavily armoured vehicles called MRAPs. A subsequent army study revealed that that the number of US servicemen killed and wounded in an attack on an MRAP was exactly the same as in the vehicles which they had replaced.

It is unthinkable that American, British and Saudi military chiefs will accept that they command expensive, technically advanced forces that are obsolete in practice. This means they are stuck with arms that suck up resources but are, in practical terms, out of date. The Japanese, soon after they had demonstrated at Pearl Harbour the vulnerability of battleships, commissioned the world’s largest battleship, the Yamato, which fired its guns only once and was sunk in 1945 by US torpedo aircraft and bombers operating from aircraft carriers. 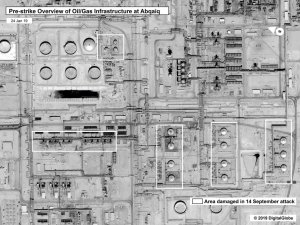 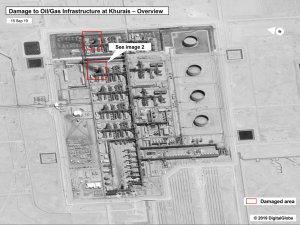 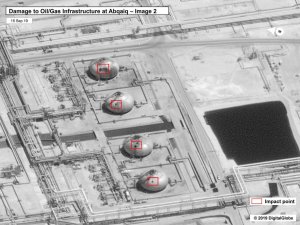 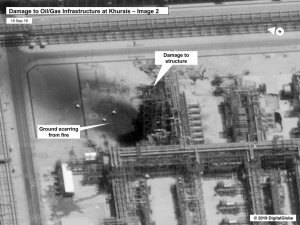