The Latest: Iranian tanker turns off its tracking beacon

An Iranian oil tanker pursued by the U.S. has turned off its tracking beacon for over 13 hours, leading to renewed speculation that it’s heading to Syria.

The Latest: Iranian tanker turns off its tracking beacon

(AP) — The Latest on the tensions roiling the Persian Gulf amid a crisis between Washington and Tehran (all times local):

An Iranian oil tanker pursued by the U.S. has turned off its tracking beacon for over 13 hours, leading to renewed speculation that it’s heading to Syria.

The Adrian Darya 1, formerly known as the Grace 1, turned its Automatic Identification System off on Monday night. It has yet to be turned back on.

Previously, the ship-tracking website MarineTraffic.com showed the Adrian Darya off Lebanon on a course toward Tartous, Syria. 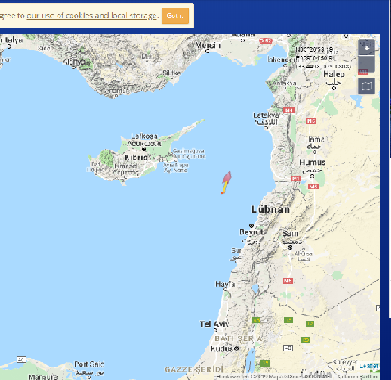 U.S. Secretary of State Mike Pompeo has alleged the ship would head to Tartous to offload its 2.1 million barrels of Iranian crude oil, worth some $130 million.

Iranian officials have not said where the ship would go, only that its cargo had been sold to an unnamed buyer.

Gibraltar seized and held the ship for weeks over concerns it was going to Syria despite EU sanctions.

Iran’s President Hassan Rouhani says European nations are failing to implement their commitments following the U.S. pullout from the 2015 nuclear deal with Tehran.

Iranian state TV quoted Rouhani on Tuesday as saying that the Europeans “did not carry out their task.”

The comments come as Iranian diplomats are in France for last-minute talks. Rouhani reiterated that Iran will not enter talks with the United States unless Washington lifts its sanctions against Tehran first.

Iran on Monday threatened to “take a strong step” away from the deal if Europe cannot offer new terms by a deadline at the end of this week.

Iran’s oil exports have been curbed and its economy has faced freefall following crushing U.S. sanctions that imposed after President Donald Trump withdrew the U.S. from the deal.