The search for sterling service 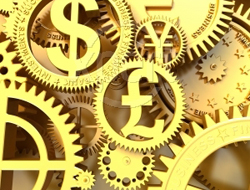 Sterling's plunge over has left the United Kingdom reeling.

Sterling's plunge over has left the United Kingdom reeling.

Sterling's plunge over the past few weeks has left the UK reeling. In recent years, the strength of the currency has given the UK a sense of economic well-being, despite the negative effect it has had on exports.

British tourists have revelled in the opportunity to pop over to New York for cheap shopping trips or to the continent, where restaurant and hotel charges were so much lower than at home. Meanwhile, a strong pound has fuelled the domestic consumer spending boom by flooding the stores with low-priced imports.

Carriers have been major beneficiaries of the surge in inbound volumes, even as they grumbled about insufficient port capacity and infrastructure bottlenecks.

All that has come to an abrupt halt as the pound sinks to parity with the euro and slumps against the dollar. Foreign trips will undoubtedly be cut for business and leisure travellers alike. Despite bargains on the high street as shops slash prices to bump up sales, the long-term effect of a weak pound is undoubtedly highly inflationary unless an even worse scenario plays out and the global economy slides into a period of deflation.

Neither is a devalued currency likely to bring about the usual export bonanza if demand is flat in overseas markets that would usually snap up cheaper UK manufactures.

So is there anything that could kick-start, or at least inject a little life, into the flagging UK economy? Potentially, yes.

Investment bankers may have brought disgrace on the City of London, but there is plenty more expertise in the capital that has a worldwide reputation for excellence.

As sterling soared, the fees charged by UK lawyers, accountants, management consultants and other professionals started to look prohibitive to foreign clients.

Now, those same fees should look very good value in the global marketplace, provided firms don"t try to exploit the situation by increasing their charges too much.

Hard as it may be to believe in these shell-shocked times, there are opportunities to be gained from a weak currency, and professional firms with a global presence may be the ones to take the lead.

IT IS a sign of the times that one of the recent boom trades for container shipping has been the movement of waste from one part of the world to another.

Parents and grandparents in the spoilt West might grump that much of this junk has emanated from China in the shape of cut-price toys destined for Christmas breakage and the bin.

There is, of course, every chance that there will be large volumes of cheap plastics and failed electronics returning to China for landfill or even recycling.

Marine mutual the UK Club in a report on some of the perils of this growing trade noted that between 2003 and 2007 waste to and from China increased by 4m tonnes to 11m tonnes, and two-thirds of this was plastic.

The world economic downturn, with its unfolding impact from the high street to the high seas, threatens to halt the influx of cheap goods as well as outgoing waste.

It is an irony that the British press last year finally gave pre-Christmas column inches to the benefits of globalisation as the world"s largest boxship, Emma Maersk, unloaded its huge seasonal cargo in Felixstowe from China.

The growth of a return trade to fill these boxships as they headed back east is a testament to the efficiency and adaptability of modern global seatrade.

There are pitfalls to throwaway consumerism and absurdities in the global marketplace.

But, perhaps, it will take until next Christmas Eve to assess how much we have really come to enjoy and even rely on the seamless global movement of our cheap junk.

This news is a total 1342 time has been read