The termination fee of $2.5 million 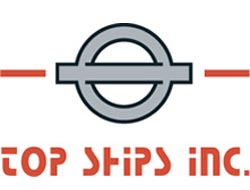 TOP Ships Inc. has redelivered the MT Relentless (DWT 47,081) to its owners and paid a termination fee of $2.5 million.

TOP Ships Inc. has redelivered the MT Relentless (DWT 47,081) to its owners and paid a termination fee of $2.5 million.

TOP Ships Inc. (Nasdaq: TOPS) (the "Company" or "TOP Ships"), a global provider of marine transportation services, announced today it has redelivered the MT Relentless (DWT 47,081) to its owners and paid a termination fee of $2.5 million. The termination fee and redelivery of the vessel were part of the termination agreement signed in April, 2009. This was the last leased vessel in TOP Ships' fleet.

Additionally, TOP Ships announced that it has filed its Annual Report on Form 20-F, on June 29, 2009, for the year ended 2008. Any shareholder may receive a hard copy of the Company's complete Annual Report, which includes the Company's complete 2008 audited financial statements, free of charge upon request. The audit opinion of Deloitte, Hadjipavlou, Sofianos and Cambanis S.A. regarding the 2008 financial statements of the Company which were included in the Company's Annual Report on Form 20-F, are unqualified. However, the opinion includes an explanatory "going concern" paragraph which states:

Investors are urged to read the full text of the Company's Report on Form 20-F, including Note 3 to the consolidated financial statements referred to above.

Evangelos Pistiolis, Chief Executive Officer of TOP Ships, commented: "The redelivery of the M/T Relentless marks the completion of our fleet renewal strategy that started almost two years ago. The company is now left with very young tonnage and good charters which is the right mix to have during these difficult market conditions."

This news is a total 3633 time has been read