Three Containers Fall into the Sea from Maersk Kensington 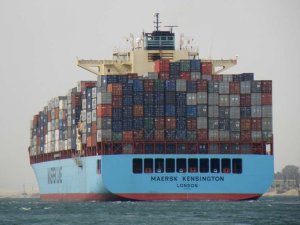 Three containers were knocked off a Maersk vessel at the US Port Elizabeth container terminal operated by APM Terminals on February 12, 2017, local media reported.

The ship in question is the 2007-built Maersk Kensington which had arrived at Port Elizabeth, part of the Port of New York and New Jersey, from Norfolk, Virginia.

Following the incident, Port Authority of New York and New Jersey Police arrived at the scene.

NJ.com cited the port authority as saying that the boxes were non-hazardous and were floating at the time of arrival.

As disclosed, there were no injuries or pollution reported and an investigation is continuing.

According to the vessel’s AIS data, Maersk Kensington departed the Port of New York later on February 12.

World Maritime News contacted the port authority and the terminal operator for further information on the incident, however, the parties are yet to reply.

This news is a total 940 time has been read
Tags: Three Containers Fall into the Sea from Maersk Kensington