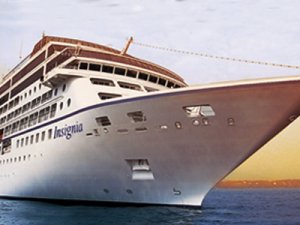 Three people died, one crewmember and two contractors, in an engine room fire that broke out Thursday, December 11 on board the luxury cruise ship Insignia.

The ship, owned by Oceania Cruises, was docked in Port Castries, St. Lucia when the fire broke out.

As reported by the Cruise Critic quoting Oceania officials, three members of the crew and two contractors were working in the engine room when the fire started. All of them were rushed to the hospital for treatment of sustained burns and smoke inhalation, however, for three of them the injuries proved fatal.

A 42-year-old male is also under observation at hospital for mild respiratory depression caused by smoke inhalation, as informed by St. Lucia News Online.

According to the cruise liner’s statement, the fire was contained to the engine room and all 600 passengers are safe and have been evacuated.

The remainder of the ten-day cruise was canceled and the passengers have been taken to temporary accommodation before they head home.

According to Oceania’s statement, all guests will receive “a 100 percent refund and a 50 percent credit towards a future Oceania Cruises voyage”.

The cruise ship will be docked in Port Castries, until the engine is repaired, St. Lucia News Online writes.

Investigation into the cause of the fire is underway.

The cruise ship left San Juan, Puerto Rico, on December 7 and was scheduled to arrive in Miami on Dec. 17.