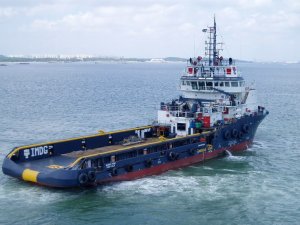 Offshore supply vessel company Tidewater Inc. has announced that it has allowed its latest waiver of covenant default from its lenders and noteholders to expire in hopes it can work out a deal as the company continues to operate as normal.

For the past several months New Orleans-based Tidewater Inc. (NYSE: TDW) has been negotiating with its principal lenders and noteholders to amend the company’s various debt arrangements in order obtain relief from certain covenants.

During the negotiations, Tidewater has sought and received several limited waivers for non-compliance with the covenants. However, Tidewater has warned on several occasions that the limited waivers have prevented the company from defaulting on its loans, which would force it consider other options including Chapter 11 bankruptcy protection.

Speaking to the expiration of the limited waivers, Jeffrey M. Platt, President and Chief Executive Officer of the company, commented, “Negotiations with our lenders and noteholders are progressing well, with a significant number of commercial points negotiated and, to our knowledge, resolved. However, work remains to resolve a small number of issues and to obtain the approval of our board of directors and final approval from the various financial institutions. In the meantime, while we press forward with our lender and noteholder groups in an effort to bring our negotiations to a successful conclusion, it is business as usual for the company.”

With more than 300 vessels, Tidewater has one of the biggest OSV fleets in the offshore oil and gas industry.

This news is a total 855 time has been read
Tags: Tidewater Hoping for Debt Deal as Limited Waivers Expire