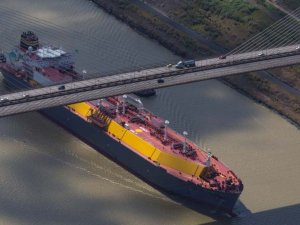 Operator and manager of LNG carriers TMS Cardiff Gas has entered into a long term time charter contract with Total Gas & Power Limited for one of its eleven newbuilding LNG carriers.

Under the deal, one of the company’s X Carrier Series vessels would be hired by the oil and gas major for a minimum period of seven years.

The 174,000 cubic meter vessel with efficient XDF propulsion and subcooling system is being constructed at Samsung Heavy Industries (SHI).

The company said that it is looking to expand its portfolio in the 2022/23 timeframe.

“This is another long term deal in this series of sister vessels with efficient XDF propulsion and sets the stage for the company’s further growth with significant long term coverage and backlog,” Christos Economou, Founder of TMS Cardiff Gas, noted.