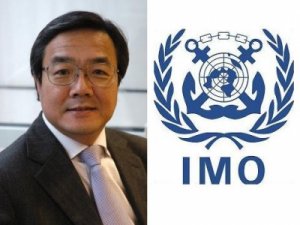 IMO Secretary-General Koji Sekimizu emphasized that all efforts must be taken to find “safer, managed routes” to safeguard the migrants.

He also repeated his call for coordinated international action to protect the migrants from the clutches of the inhuman criminals who have no regard for human lives. Despite the strenuous efforts of coastguards, naval forces of Italy and Malta, EU Operation Triton and merchant shipping, the migrants crisis continued, claiming many hundreds lives.
“The deaths of hundreds of migrants drowned in the Mediterranean within sight of a potential rescue ship once again highlight the need for urgent action to be taken against those unscrupulous criminals whose greed and lack of respect for human life allow them to cram hundreds of innocent, desperate people into unsuitable craft with no concern for their safety.
“At the same time, I call upon Governments and the wider international community to expedite their efforts to take coordinated action to safeguard migrants and to manage the flow of migrants across borders in ways that do not lead to them being exploited and taken to sea in unsafe craft”.
“The international maritime search and rescue system created through IMO instruments was not designed to handle the huge flows of migrants that are currently being seen in the Mediterranean. In being compelled to embark these unsafe vessels, migrants are effectively being put into extreme danger as soon as they leave shore.
“The fact that migrants are drowning within sight of their would-be rescuers is testament to the dangers they face and every effort should be taken to find safer, managed routes for migrants.” Malta Charters Harbor Cruise Boats to House Maritime MigrantsMalta is one of the closest parts of the EU to Libyan shores, making it one of the Mediterranean's leading destinations for maritime migrants and good samaritan vessels.