Too Early to Declare Victory for Dry Bulk Shipping 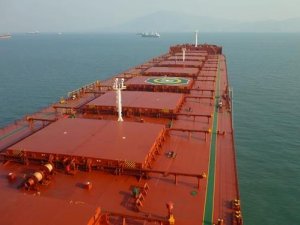 The depressed dry bulk shipping market has seen a modest recovery since the beginning of the year, spurred by a push for demolition of older tonnage and a slowdown in ordering new tonnage.

Namely, a total of 283 ships were sent for scrap this year, totaling 21.8 million dwt, thus marking a 157% increase in scrapping activity when compared to figures from 2014, according to Italian shipbroker Banchero Costa (Bancosta).

On the other hand, as bulker freight rates took a major tumble, the newbuilding ordering activity fell by 74% when compared to the same period in 2014, with 183 new ships ordered by owners in January-July 2015, the broker said.

The said efforts have paved the way for some balance being restored between ship supply and demand, driving freight rates back up.

However, as deliveries of the already ordered ships remain high, Bancosta believes that a number of hurdles remain ahead, indicting that it was still too early to declare victory.

As a result, additional fleet capacity coupled with a likely slowdown in scrapping activity, stemming from higher freight rates, may lead to another oversupply gridlock crumpling the market’s full recovery.