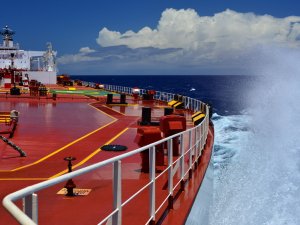 said on Thursday they will start new benchmarks reflecting the price of Gulf Coast-traded crude on tankers, a break from the old landlocked system.

The two agencies are battling for primacy to price more than 3 million barrels of crude shipped to global markets every day from the U.S. Gulf Coast. Currently, those barrels are underpinned by the U.S. benchmark West Texas Intermediate futures price (WTI), reflecting crude delivered at Cushing, Oklahoma, some 500 miles (800 km) away.

Both S&P Global Platts and Argus Media will launch U.S. Gulf Coast assessments on June 26 to reflect light, sweet oil loaded for shipment from there. Currently, crude grades traded from the Gulf reflect prices for oil at storage terminals, and are quoted as a premium or discount to WTI, rather than as an outright price.

Cushing, which markets itself as the pipeline crossroads of the world, has waned in importance as shale production has boomed in Texas over the past decade and since Washington lifted a ban on U.S. crude exports in late 2015.

WTI oil futures crashed as low as minus-$40 a barrel on April 20, as lockdowns to contain the spread of the novel coronavirus knocked out nearly a third of global oil demand, trapping holders of U.S. crude futures with oil they could not sell or store before the contract expired.

The oil industry relies heavily on daily price assessments from Platts and Argus to buy and sell at various locales. The agencies use different methodologies.

“Traders will now have the option of a new benchmark that will represent the totality of the Gulf Coast market,” said Euan Craik, head of Americas at Argus Media.

Craik said more locales would likely be added, including terminals in Corpus Christi and Nederland, Texas.

“Cushing has for several years failed to represent the economics of crude oil in this market. Market participants have called for a benchmark that correctly reflects the core of the physical market in the Gulf Coast, rather than a landlocked financial value,” said Richard Swann, Americas editorial director at S&P Global Platts.

Commodities exchanges including Intercontinental Exchange and CME Group launched futures contracts deliverable at terminals in Houston in 2018, aiming to establish a benchmark that reflects export trade, but trading volumes have been muted compared to WTI delivered to Cushing.

Platts’ European benchmark Dated Brent, based on light, sweet North Sea oil grades, is used to price over half the world’s physical crude trades. The AGS benchmark is an attempt to create a relevant one for U.S. exports.