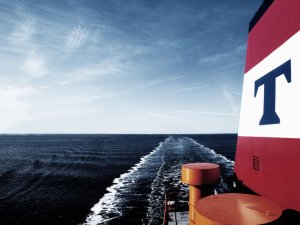 Danish shipping company TORM has reached an agreement with certain of its lenders and Oaktree that will secure the lender support to implement TORM’s restructuring.

TORM previously entered into a restructuring agreement with a group of its lenders and Oaktree which expires on 31 March 2015.

Under the new deal, the company obtained forbearance on potential events of default from a sufficient number of lenders that will pave way for the finalization of a new restructuring deal by 23 April 2015.

In this way, the company secured more time to obtain signatures to the new deal from its stakeholders.

“The company has obtained this forbearance from certain lenders to avoid any doubt about TORM’s financial position whilst the complex restructuring process is finalized,” says Chairman Flemming Ipsen.

The Super Senior Working Capital Facility has already been fully repaid and will terminate on 31 March 2015. As at 26 March 2015, TORM’s cash position was USD 51m, the company added.

This news is a total 1381 time has been read
Tags: TORM, danish shipping, Oaktree