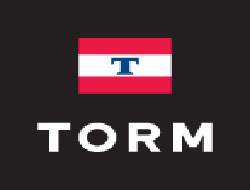 TORM posted the best operating result ever for 2008. The outlook for 2009 reflects the recession in the global economy.

TORM posted the best operating result ever for 2008. The outlook for 2009 reflects the recession in the global economy.

TORM posted the best operating result ever for 2008. The outlook for 2009 reflects the recession in the global economy. TORM has initiated a comprehensive efficiency programme in order to improve the cost level by USD 40-60 million. Based on a solid financial situation, TORM expects to continue the Company's positive development," says CEO Mikael Skov. The pre tax profit for the year was USD 392 million before non-cash mark-to-market adjustments of financial instruments of USD -32 million. The profit before tax for the year was USD 360 million, which is in line with the latest guidance of 355-370 million.

The Board of Directors considers the profit to be very satisfactory. The total cash flow was USD 63 million of which cash flow from operating activities was USD 385 million, cash flow from investing activities USD -262 million and cash flow from financing activities USD -59 million. As of 31 December 2008, equity amounted to USD 1,279 million (DKK 6,753 million), corresponding to USD 18.5 per share (DKK 97.5) excluding treasury shares. The market value of the Company's fleet as of 31 December 2008 exceeded the book value by USD 367 million, corresponding to USD 5.3 per share (DKK 28.0) excluding treasury shares. At the end of 2008, the Company owned 65 vessels, 59 of which were product tankers and six bulk carriers. By the end of 2008, TORM had 20 vessels on order and had exercised one purchase option. Return on Invested Capital (RoIC) was 16.4% and Return on Equity (RoE) was 30.6%.

TORM's strategy plan "Greater Earning Power 2,0", which was approved in January 2008, is expected to be adapted to the global economic development maintaining TORM's ambitions and strategic focus. In 2008, TORM initiated a CSR project where the main focus areas are climate, working environment and human and labour rights. In February 2009, TORM has committed itself to comply with UN Global Compact. In March 2008, TORM acquired 50% of the shipping company FR8 at a price of USD 125 million. FR8 contributed positively to TORM's net profit with USD 27 million.

Following the integration of OMI, at the end of 2008 the Company has launched a comprehensive efficiency programme focusing on standardization of processes, better utilization of the IT platform, an improved level of vessel operating expenses as well as optimization of the Company's global land-based setup. Once it is fully implemented at the end of 2009, the programme is expected to contribute with annual cost savings of USD 40-60 million, corresponding to 15-20%. As of 31 December 2008, TORM had unused credit facilities and cash of approximately USD 675 million. More than 60% of the Company's debt is due after 2012. As of 1 March 2009, TORM had covered approximately 38% of the remaining earning days in 2009. The forecasted profit before tax for 2009 is USD 100-140 million.

Given the global recession there is considerable uncertainty around the forecast. The Board of Directors recommends, subject to the approval at the Annual General Meeting, that a dividend of DKK 4.00 (USD 0.76) per share be paid, corresponding to a total dividend payment of DKK 291 million (USD 55 million) and equivalent to a return of 7.2% in relation to the closing price of the Company's shares on the last business day of 2008. Including the extraordinary dividend of DKK 4.50 (USD 0.84) per share paid out in December 2008, the accumulated dividend for 2008 was 32% of the net profit equivalent to DKK 619 million (USD 117 million).

This news is a total 731 time has been read