Toshiba to Pay 800 Million Dollar to exit US LNG Business 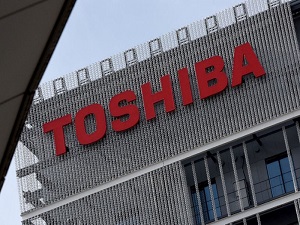 Japan’s Toshiba Corp will exit its U.S. liquefied natural gas (LNG) business by paying China’s ENN Ecological Holdings Co more than $800 million to take over the unit as part of a plan to shed money-losing assets.

The sale is the disappointing culmination of a venture that puzzled analysts when it was announced in 2013. Asian LNG prices have plunged 42 percent in the past five years and the potential for future losses spurred Toshiba’s exit. Under the deal, Toshiba will sell its Toshiba America LNG Corp unit to ENN Ecological, a unit of ENN Group, for $15 million, the Japanese company said in a statement on Thursday.

However, once that sale is complete, Toshiba will then make a one-off payment of $821 million to ENN to pass on its roughly $7 billion commitment, starting in 2020, to purchase 2.2 million tonnes per year of LNG over 20 years from Freeport LNG in Texas. “The project posed a huge risk, because no one knows how the situation will be over the next 20 years,” Toshiba’s Chief Executive Officer Nobuaki Kurumatani told reporters at a press conference.

The company booked a charge of 93 billion yen ($818 million) for exiting the LNG business in its earnings it announced on Thursday. “The deal is our second major step to expand in the overseas upstream business. We expect to get 2.2 million tonnes of relatively low-cost LNG starting in 2020 to meet growing domestic demand,” said Clarissa Zhang, public relations director of ENN Ecological. Toshiba has spent years trying to either sell the gas to power customers or offload the business.

Toshiba’s annual cost of its deal with Freeport was a bit over $360 million dollars, meaning the company is paying about two years of those costs to ENN to take the obligations, said Nicholas Browne, director of Asia-Pacific gas and LNG at Wood Mackenzie.

“For ENN this represents a relatively low cost and immediate way to source significant U.S. volumes,” Browne said. “For Toshiba, it clearly ends their short foray in the LNG business. “ENN has been very open that it plans to set up an LNG trading business. As such, these volumes will contribute to their portfolio and some will not end up in China.”

Still, the deal is a “positive sign for U.S. LNG developers that China is still open for business,” amid a trade war between the world’s two-biggest economies. Toshiba stunned the market in 2013, when it decided to enter the LNG business. With no experience in shipping or the logistics of the gas and LNG business it seemed an odd fit, analysts said at the time.

Toshiba’s plan was to pitch LNG supplies as a sweetener to likely Asian buyers of its turbines used in combined cycle gas-fired power plants. “The company probably wanted to add value to its power plant business by selling not only the power plants but also fuel, but for plant builders, it’s always better to do it all via tenders,” said Junzo Tamamizu, managing partner of Clavis Energy Partners in Tokyo.

This news is a total 2309 time has been read
Tags: lng, liquid natural gas, toshiba, japan, us