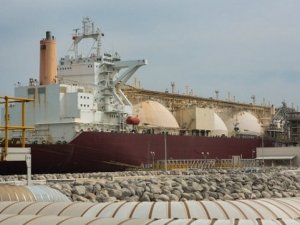 Total has bought Engie’s portfolio of upstream LNG assets for an overall enterprise value of $1.5 billion.

Total has bought Engie’s portfolio of upstream LNG assets for an overall enterprise value of $1.5 billion. Additional payments of up to $ 550 million could be payable by Total in case of an improvement in the oil markets in the coming years.

The transaction makes Total the second largest global LNG player among the majors with a worldwide market share of 10 percent, with the group managing an overall LNG portfolio of around 40 Mt per year by 2020. The portfolio includes participating interests in liquefaction plants, notably the interest in the Cameron LNG project in the U.S., long term LNG sales and purchase agreements, an LNG tanker fleet as well as access to regasification capacities in Europe.

“Acquiring Engie’s LNG business is a real step change for Total allowing us to leverage size and flexibility in the fast growing and increasingly commoditized LNG market. It also helps us to build a position in the US LNG market, with the 16.6 percent stake in the Cameron LNG project,” commented Patrick Pouyanné, Chairman and CEO of Total.

Following the transaction, Total takes over the teams in charge of the upstream LNG activities at Engie.

By 2020, Total’s LNG portfolio will consist of:

•  A total volume of LNG managed of 40Mt / year.
•  A liquefaction capacity portfolio of 23 MT/year, well distributed among the major LNG production areas: Middle East, Australia, Russia and the United States.
•  A worldwide LNG trading contracts portfolio of 28 MT/year to supply each LNG market with competitive and flexible resources.
•  A role of a key supplier for the European market with regasification capacities of 18 MT/year.
•  A fleet of 18 LNG carriers, of which two are FSRUs.

This news is a total 440 time has been read
Tags: Total Buys Engie’s Upstream LNG Business