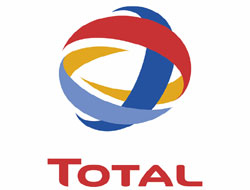 Profit excluding changes in inventories and the value of a stake in Sanofi-Aventis SA fell to 1.7 billion euros ($2.4 billion) from 3.7 billion euros a year earlier, the Paris-based company said today in a statement on its Web site. That matches the median estimate of 18 analysts.

Exxon Mobil Corp. and Royal Dutch Shell Plc, the world"s biggest energy companies, posted their largest declines in second-quarter profit in more than a decade after slumping fuel demand spurred a record drop in oil prices. Crude futures in New York averaged less than $60 a barrel in the period, down 52 percent from a year earlier.

Total Chief Executive Officer Christophe de Margerie has warned investment this year may not reach the company"s $18 billion target amid project delays. The oil producer, which has pledged to cut costs by renegotiating contracts with suppliers, is counting on production growth from deep-water African fields, heavy-oil ventures in Canada and liquefied natural gas projects.

Five new developments are scheduled to start this year, including the Akpo oilfield off Nigeria, which came on stream in March, LNG plants in Yemen and Qatar, the Tahiti venture in the Gulf of Mexico and Angola"s Tombua-Landana field. The company"s share of these projects will add as much as 200,000 barrels of oil equivalent a day in output.

Production fell 7.3 percent in the second quarter to 2.182 million barrels of oil equivalent a day, Total said in today"s statement. De Margerie predicted in February that output would rise this year, after a 2 percent drop in 2008. Production retreated 4.5 percent in the first quarter.

Total, Europe"s biggest refiner, said earlier this month that refining margins in Europe dropped 69 percent in the second quarter from a year earlier on weaker demand for gasoline and diesel. Profit from turning crude into fuels shrank to $12.40 a metric ton, or $1.69 a barrel, from $40.20 a ton last year, the company said.

Total plans to cut 555 jobs at its refining and petrochemicals operations in France. It will also reduce output at the Gonfreville refinery in Normandy by 25 percent to 12 million tons a year, and shut a fluid catalytic cracker, lowering gasoline output by 60 percent.

Of the 39 analysts tracked by Bloomberg who cover Total, 29 recommend buying the stock, eight advise holding the shares and two have ?sell? ratings.

This news is a total 992 time has been read